How to Have A Campfire Safely 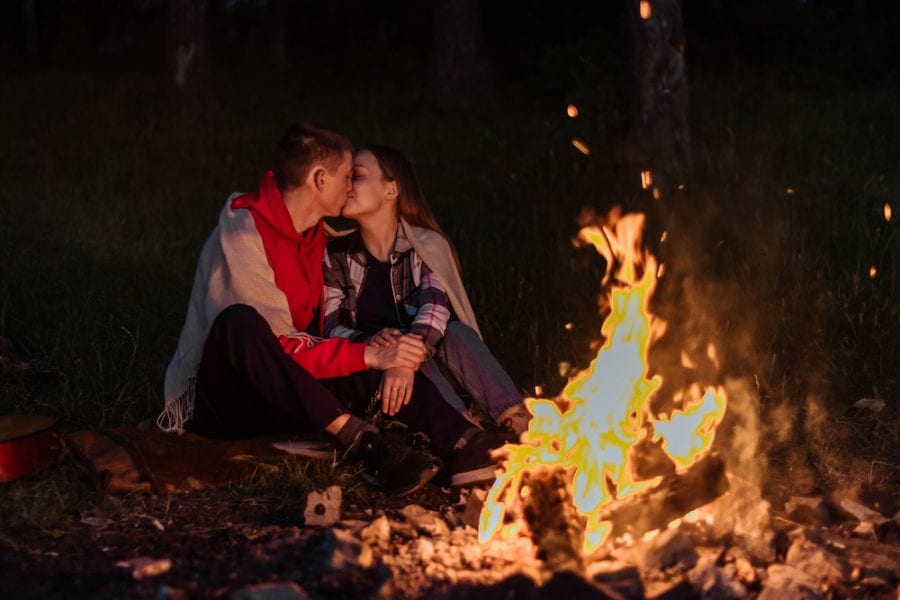 A campfire is a time-honored tradition of any camping trip.

But do you know how to safely have a campfire?

While sitting around the bonfire is a fun activity, doing so in a way that’s safe and responsible is of the utmost importance.

To ensure that you have the skills and knowledge that you need to enjoy your campfire, we’ve put together this list of campfire safety tips to get you started. 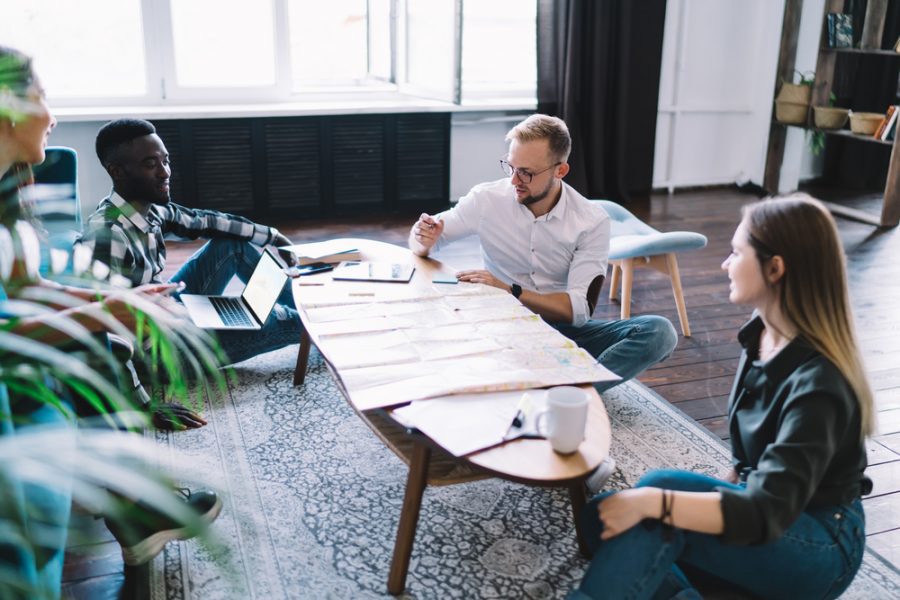 First things first, you should always check local rules and regulations before having a campfire. In periods of particularly hot and dry weather, some places, such as Yosemite and Rocky Mountain national parks, might have fire bans in place.

When this happens, respecting the local rules is of the utmost importance.

Not only is it often illegal to break these fire rules, but doing so could increase the likelihood that you accidentally start a major wildfire! 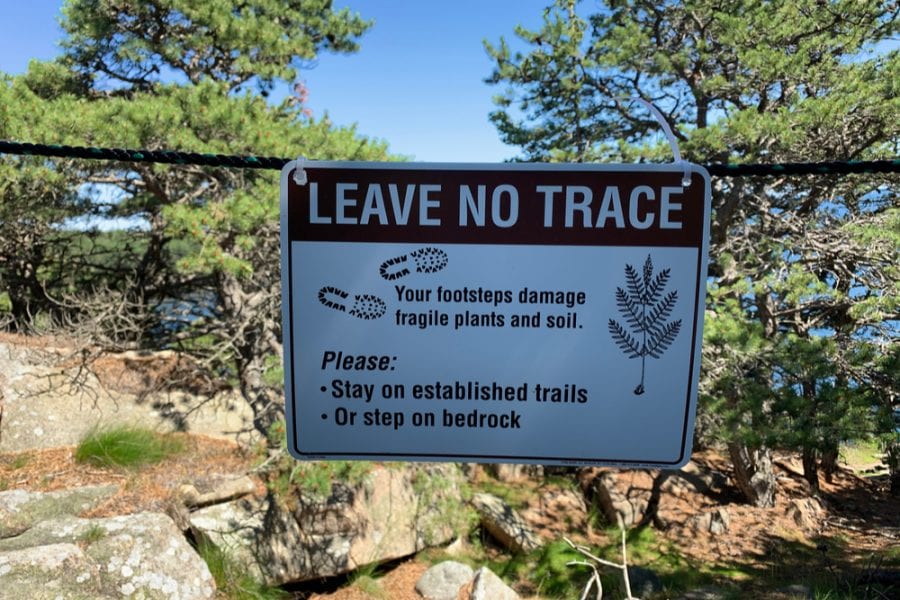 In addition to following local rules and regulations, campers should also know the principles of Leave No Trace (LNT) before making a campfire. While the principles of LNT focus more on the impacts of campfires on the natural environment, they also offer some good safety tips.

LNT guidelines on campfires encourage campers to strongly consider whether a fire is truly appropriate for their situation.

For example, LNT asks you to think about whether or not everyone in your group has the skills necessary to build a safe campfire. Furthermore, LNT encourages us to only use small pieces of wood to minimize the size of our fire and its potential impact on beautiful natural places, like Yellowstone National Park. 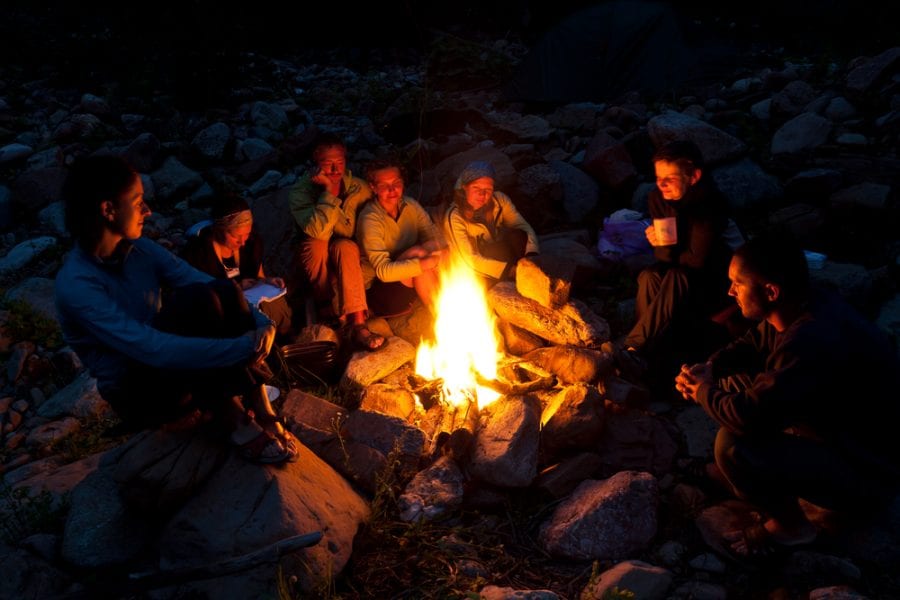 If you do choose to have a campfire during your trip to somewhere like Acadia National Park, the most important thing to keep in mind is that you should never leave a campfire unattended.

Even a tiny flame in a small campfire can turn into a major blaze if left unattended. Therefore, paying close attention to your fire at all times is of the utmost importance.

This is particularly true if you have young kids who might also accidentally injure themselves while playing around the fire. So, it’s best to set up your cozy camping chairs by your fire and hang out there until the fire is completely out.

4. Keep a bucket of water & a shovel nearby 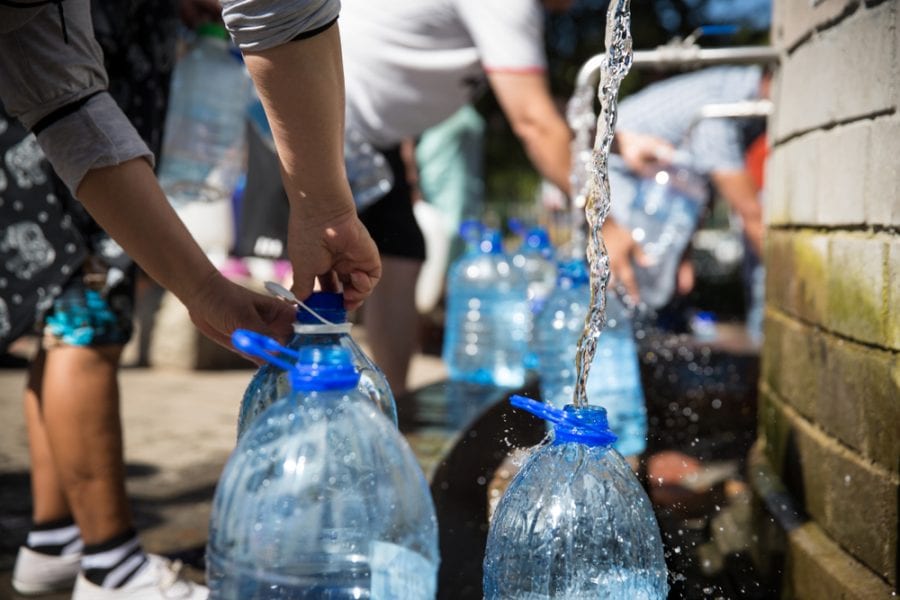 Before you even light your fire, you should make sure that you have a bucket of water and a shovel nearby at all times.

That’s because a bucket of water and a trusty shovel are essential tools for putting out a fire quickly.

In fact, the water can be used to extinguish most fires while you can use a shovel to throw soil onto the fire or any rogue embers to prevent them from spreading throughout the forest. 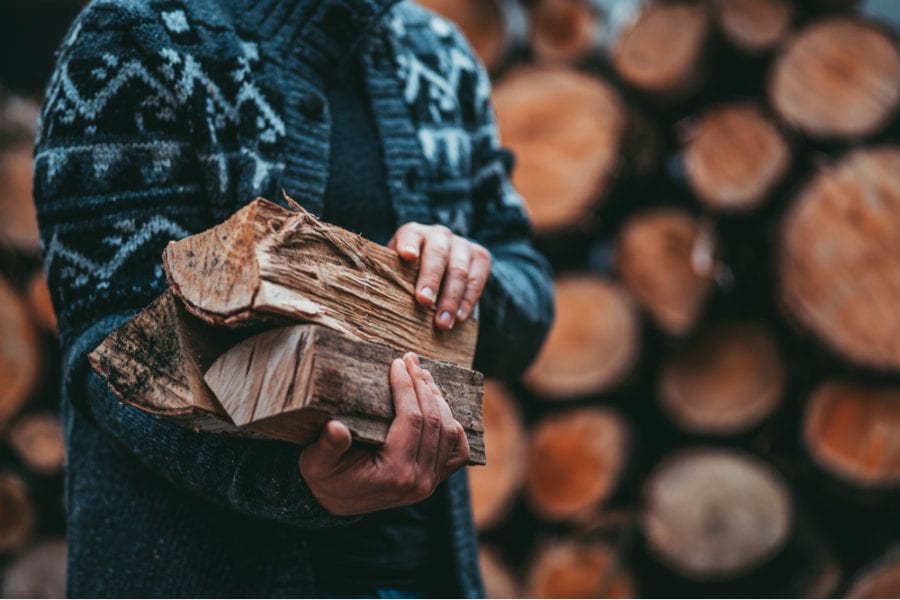 After you gather wood for your fire, you might be tempted to pile it all up by your fire pit. However, doing so can actually be a hazard, especially if your fire gets a little bigger than you originally anticipated.

For example, if the wind shifts and your fire moves slightly to one side, it could eventually cause a nearby pile of wood to catch on fire if that wood is positioned too close to the fire pit.

So, the best course of action is to pile up your wood away from your campfire in a sheltered area.

In general, placing your stack of wood under a camp tarp or your camping table is a good way to keep it away from the fire and to protect it if rain starts to fall.

6. Opt for a small campfire 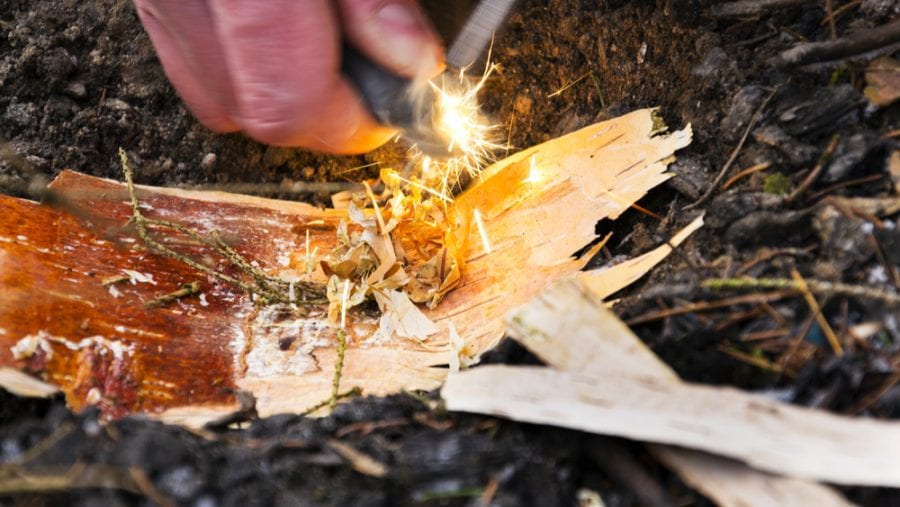 While having a huge bonfire might seem like an exciting evening activity, doing so isn’t always safe, particularly in hot, dry environments like Sequoia and Kings Canyon National Parks.

Regardless of where you are, however, a small campfire is usually the safer choice. That’s because it’s much easier to manage a small fire than it is to deal with a huge blaze that can quickly spiral out of control.

7. Throw used matches into the fire 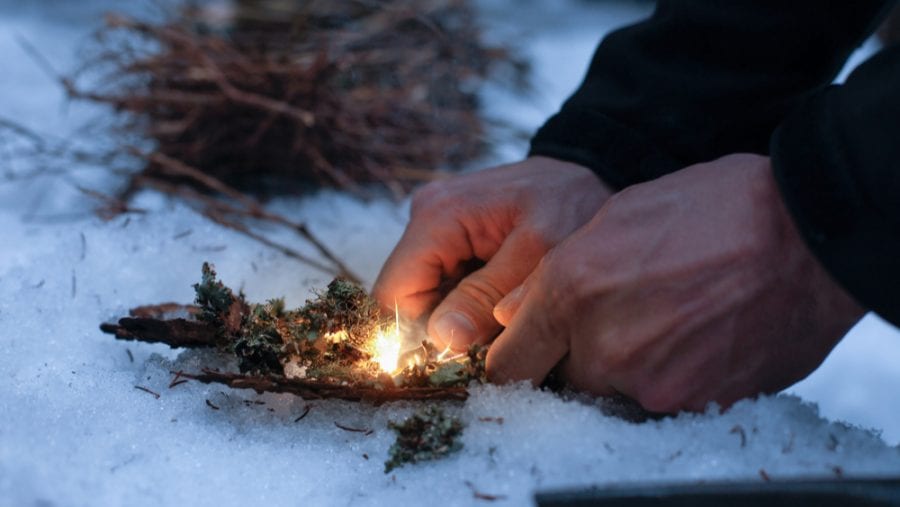 Interestingly enough, used matches are often a cause of major wildfires. In fact, a 10-year-old playing with matches started the massive 2007 Buckweed Fire in southern California. Therefore, it’s essential that you properly dispose of any used matches while in the great outdoors.

If you do choose to use matches to start a fire, rather than lighters or other firestarters, be sure to toss the matches into the fire once it’s lit.

Placing a still-hot used match on the grass or on dried leaves could inadvertently start a wildfire.

Alternatively, you can douse your used matches with water until they’re cold before placing them in the trash bin. But, it’s usually easiest to let the matches burn in the fire.

8. Only use local firewood 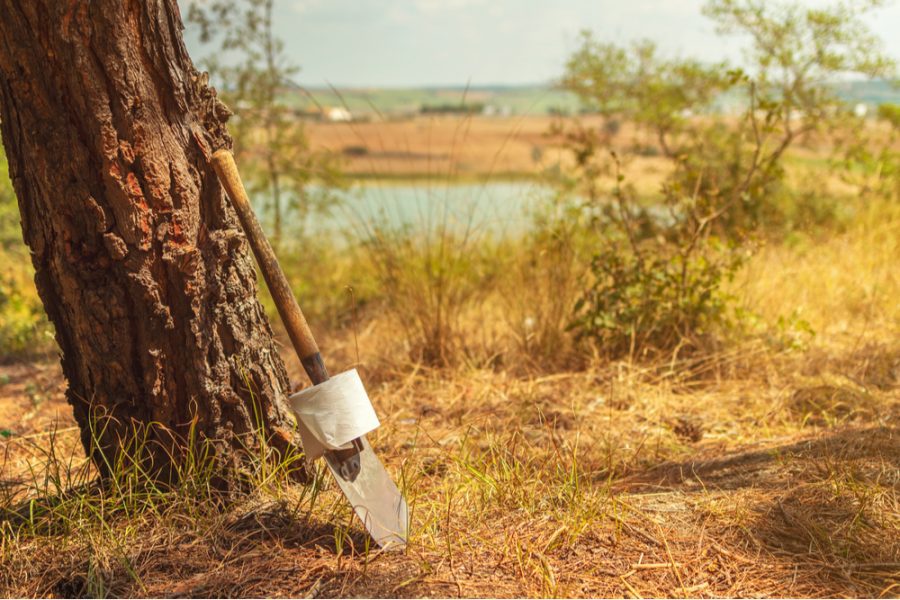 While this tip might not be directly related to safety around the flickering flames of a campfire, it is pertinent to the safety of our beloved natural ecosystems. Indeed, transporting firewood from your home to your campsite at, say Shenandoah National Park, could introduce invasive species.

So, buy your firewood locally near your campsite. The region’s ecosystems and all outdoor enthusiasts really appreciate it.

9. Be mindful of the weather

Weather conditions can change rapidly while you’re outside, so paying attention to them while camping is important.

When it comes to campfires, you’ll want to be particularly cautious in windy conditions.

High winds can cause a campfire to spread rapidly into a wildfire as the wind provides essential oxygen for the fire itself.

Read More : How to Camp Safely in High Winds

10. Use established fire pits whenever possible 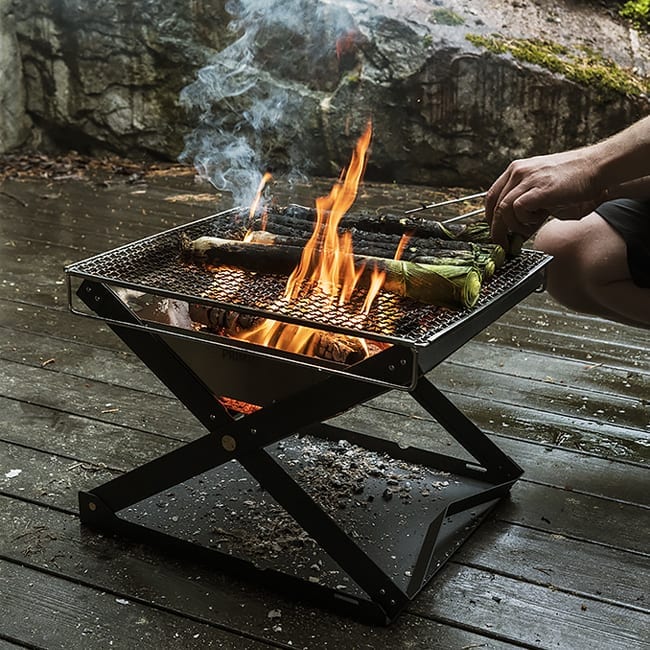 If you’re camping at an established campground in a place like Bryce Canyon National Park, it’s best to use established fire pits.

The reasons for this are twofold: First and foremost, using established fire pits reduces your impact on the environment, and doing so is in line with LNT guidelines.

Additionally, using established fire pits is often the safer choice as these pits are already lined with rocks to help prevent the spread of your campfire into a full-fledged wildfire.

11. Put out your fire completely before going to bed 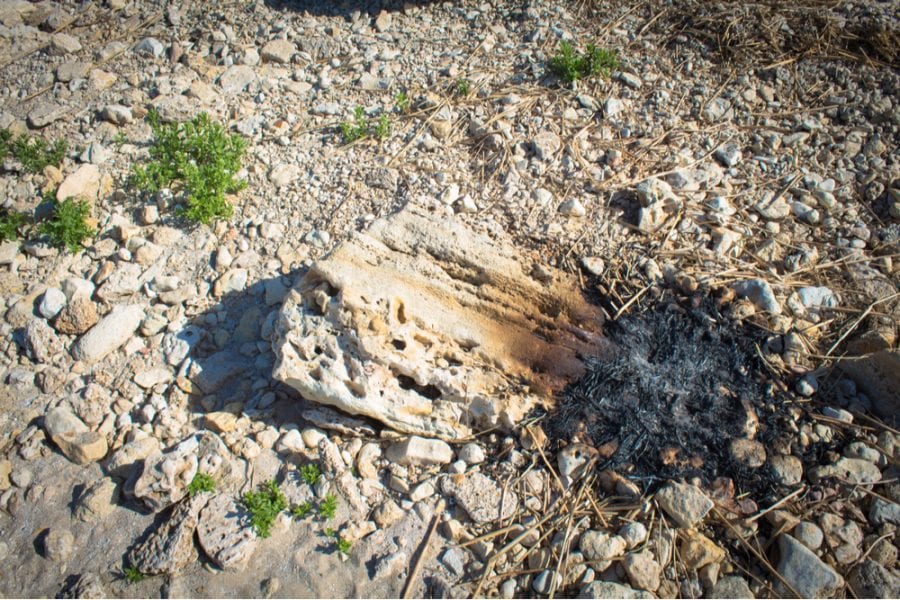 Last but not least, it’s important to remember that you should always put out your fire completely before going to bed.

Essentially, if you’re going to have a fire, it’s your responsibility to make sure it’s out before you head into your glamping tent for the night.

Take a bucket of water and douse the fire to stop the burning.

The ashes should be cold enough for you to touch before you go to bed. Otherwise, those embers could ignite another fire. 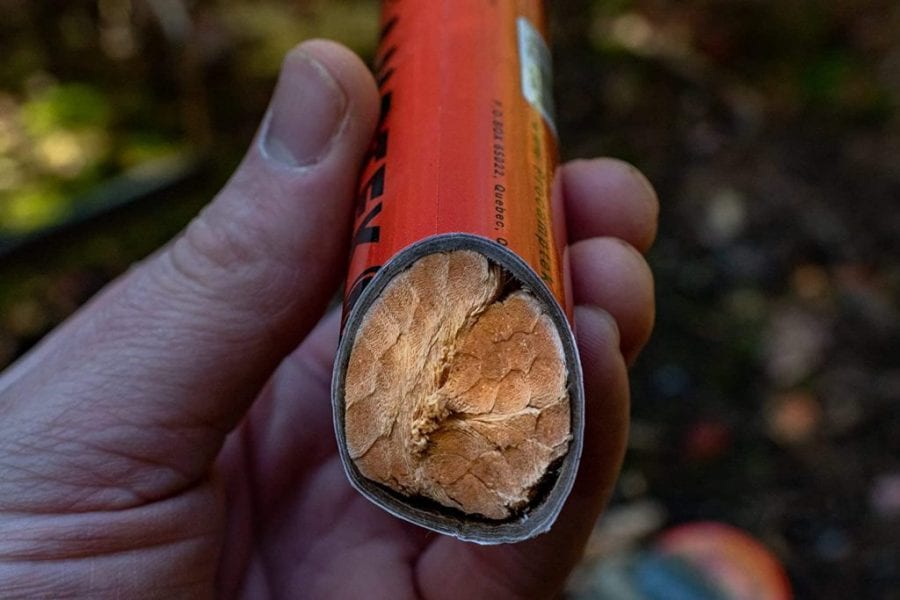 The Best Tinders for Starting A Fire in 2022 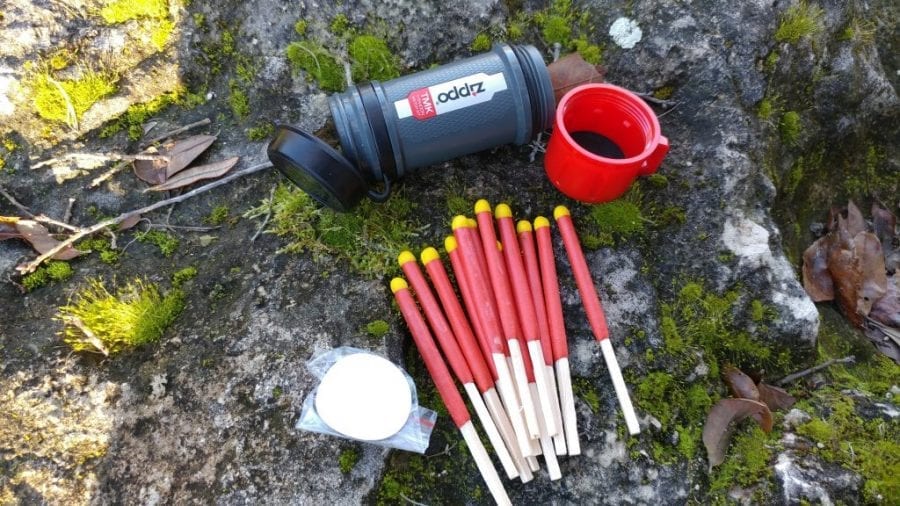 The Best Camping Lighters in 2022 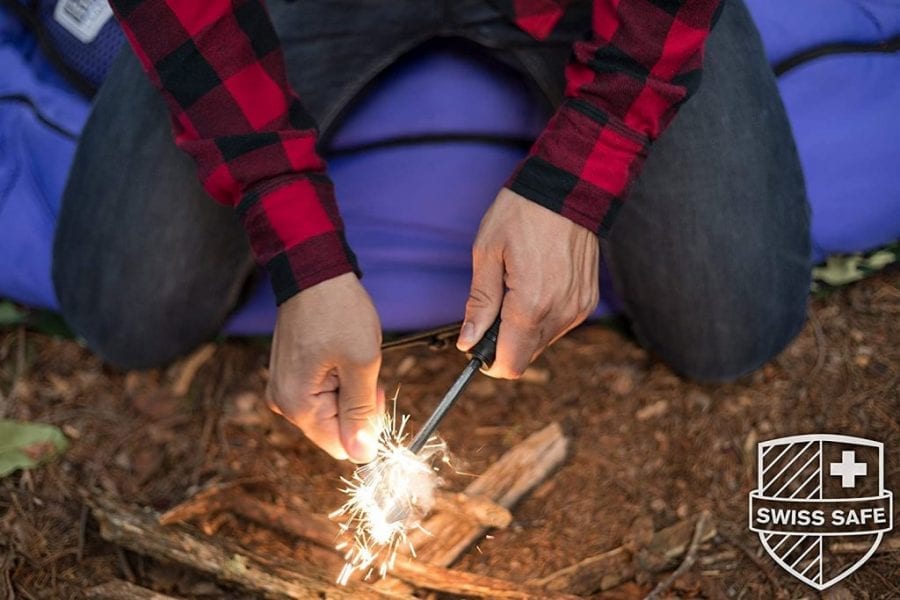 The Best Camping Firestarters in 2022