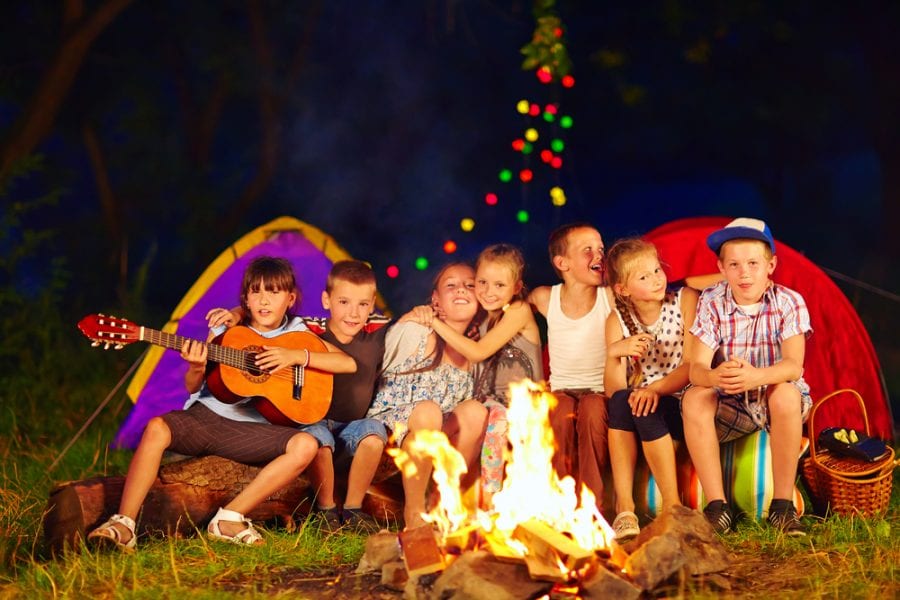 Some of your children’s best memories are going to be made around the campfire, especially when you have an arsenal of fun games with you.

But what can you play to help make those memories?

Luckily, most games don’t require much equipment and are super easy to play.

Here are our 10 favorite campfire games for children.

Sit in a circle around the campfire and have one person say a longer sentence. It should be long enough to make it challenging to remember or hear, but not too long so that it’s impossible.

That person then whispers the sentence in the ear of the person sitting to the right of them. They should speak the sentence clear enough, but they can only say it once. The second person then needs to relay the message to the next person.

After everyone has heard the sentence, the last person in line says it out loud. What are the chances of the sentence being exactly the same? Probably pretty slim!

Chubby Bunny is simple. Pass around a bag of marshmallows. Each player sees how many marshmallows they can cram into their mouth. The person who fits the most is the winner.

For safety, there are a couple rules. Don’t try and chew and swallow the marshmallows, and only put one marshmallow in at a time.

When a person’s mouth is full, make sure to take a photo!

You can play Go Fish, with two or more players.

Determine a dealer who then deals out seven cards if two or three people are playing. Decrease that number to five cards if it’s four or five players. The remaining cards are placed in the middle.

The goal is to collect a book of cards made up of the same four numbers or face cards, like four queens.

The player to the left of the dealer starts by asking one specific person at the table, “Do you have any kings?” If that person does, they have to hand over all of their kings. If they don’t, that person responds with, “Go fish,” which prompts the player to pick from the pile.

If that person picks up a queen, which they asked for, from the pile, they can continue to go. Additionally, if the person they ask had a queen, they can then ask someone else or the same person for a different card.

The game ends when all 13 books are won. The person with the most books is deemed the winner.

Divide the deck of cards into 26 cards each, all face down in a pile. Each player turns the cards at the same time and the player with the higher card takes both and puts them face down at the bottom of his or her stack.

Make sure to determine ahead of time if aces are high or low. If it’s low, the order is Ace to King; if it’s high, the order is Two to Ace.

War ensues when the same card is played. When this happens, each player plays a card face down and then one card face up. The higher card takes the entire pile, which is six total cards.

A winner is determined when the opposite player loses all of his or her cards.

Have one chair, designated as the hot seat, face the crowd of your fellow campers. Then pick a person to be the first person in the hot seat.

Have an adult hold up a funny phrase or word on a piece of paper behind the person sitting in the hot seat and then the group gets to give hints or clues to the person without saying the word or something that rhymes with the word.

After everyone gives one clue, if the person in the hot seat guesses the word, they are safe. If they don’t guess the word, they have to do something silly, like sing a song or do a little dance.

While sitting in your camping chair, loosely put your shoe on your toes, but not entirely on. The goal is to then kick your shoe over your head as far behind you as possible.

The person who launches it the furthest is the winner. This game can be played as a tournament, like best out of seven.

Be careful not to fall out of your chair!

Kids love Hide and Seek, and when you’re playing in the woods, it’s even more fun.

The game is simple. Someone is deemed the seeker, while the rest of the group hides. The seeker then has to find everyone who is hiding. The last person found is the winner of that round.

Make sure to set a boundary before starting. It’s also a good idea to have some kind of signal, like an air horn, when the game needs to end, just in case someone is hiding in too good of a spot.

Have everyone write the name of a famous person on five Post-It-sized note cards and put them into a bowl. An adult can then go around to the kids and tape the card on their forehead, without them knowing who is on the card.

The first player then asks someone in the circle a yes or no question about the person on their forehead. The player can ask a predetermined number of questions. Typically 10 to 20 will get the job done.

The winner of the round is the person who guessed their character in the fewest amount of questions.

You will need a bocce ball set for this game, which can run you $20 to $50, on average. Also, create an area bordered by sticks that’s roughly 90 feet long and 13 feet wide, like a long rectangle. If it’s a little shorter, that’s OK.

First, Divide into two teams. Each team can have two or four players.

The goal is to get as close to the pallino as possible. Each team gets to throw four bocce balls each round.

For every ball that is closest to the pallino than the opposing team, one point is scored. If someone’s bocce ball is touching the pallino, it’s worth two points. First to 12 points is the winner.

After a fun day of camping in the woods, playing games and acting silly, a round of Family Love is the perfect way to cap off the evening.

Have everyone in your family go around and share a thing or two they love about their family. It could be a family holiday tradition or a favorite memory they have.

This isn’t really a game, but it will keep your family engaged with each other around the campfire. 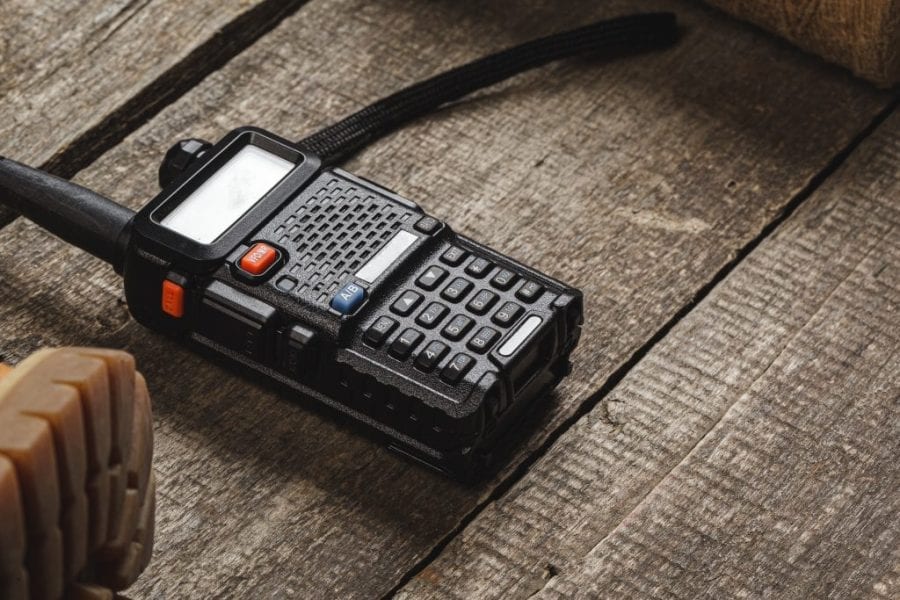 The Best Walkie Talkies for Camping in 2022 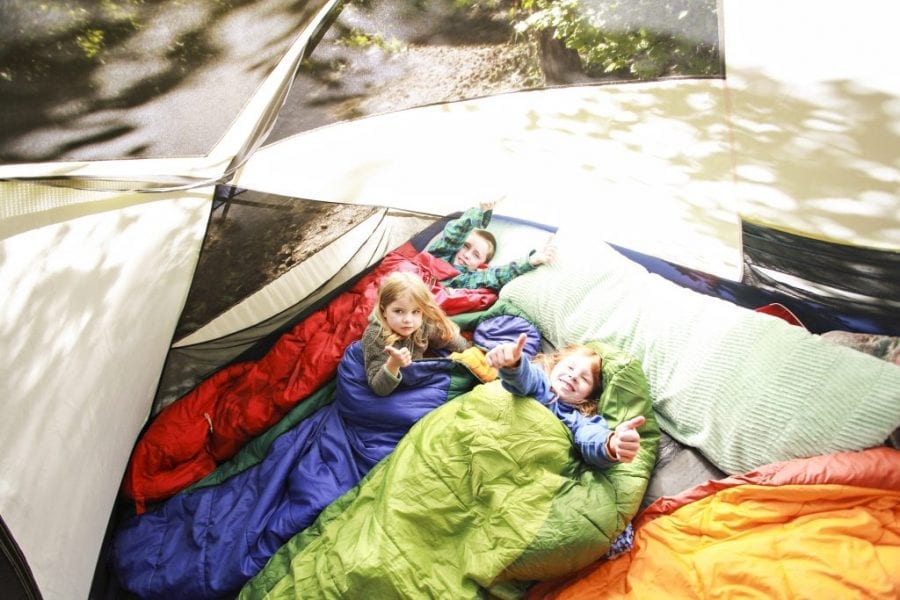 The Best Sleeping Bags for Kids in 2022