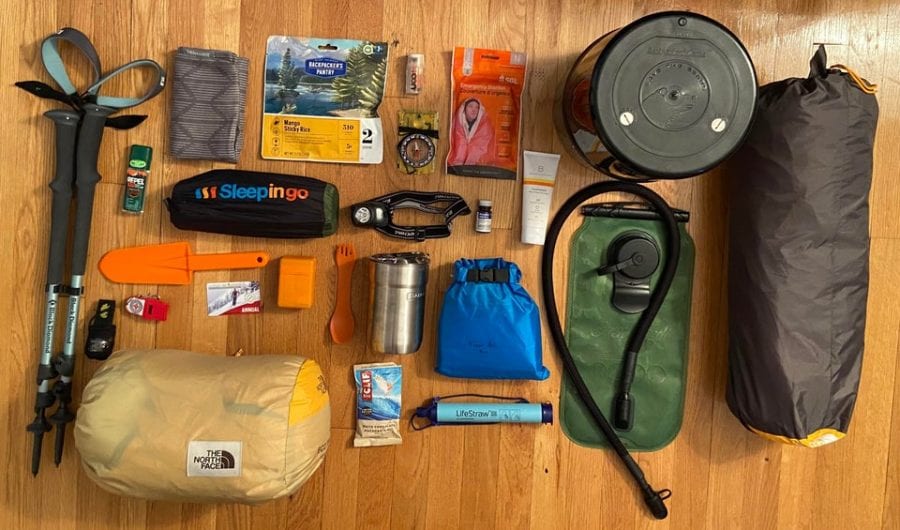 The Pacific Crest Trail is a glorious, 2,650-mile trail that stretches across three states from Mexico to Canada. The PCT, as it’s lovingly referred to, is the second-longest trail system in the country and can take anywhere from four to six months to complete if you’re tackling the whole thing. The fittest of hikers can do the whole thing in about 100 days, averaging 30 miles each day.

Broken up into 30 sections across California, Oregon, and Washington, each section averages about 91 miles, meaning even a week-long backpacking camping trip through one section is going to be rigorous.

The most challenging aspect of the PCT is the varying climates. If you’re taking on the entire trial, one month it could be 110 degrees for what seems like the entire day. Next month, you’ll make the trek in snowy, 20-degree weather. In other words, it’s unpredictable.

That means you need to be prepared for the unexpected with gear, but also have your traveling plans organized logistically. For example, you’ll need camping permits in some areas. You’ll also want to ship food supplies to towns further north (or south, depending on which direction you’re heading) since no one carries six months of food with them on their back.

If you’re wondering about the type of gear to bring, don’t worry. We’ve got you covered. Use this as a gear checklist as you plan your epic trip across the Pacific Crest Trail. 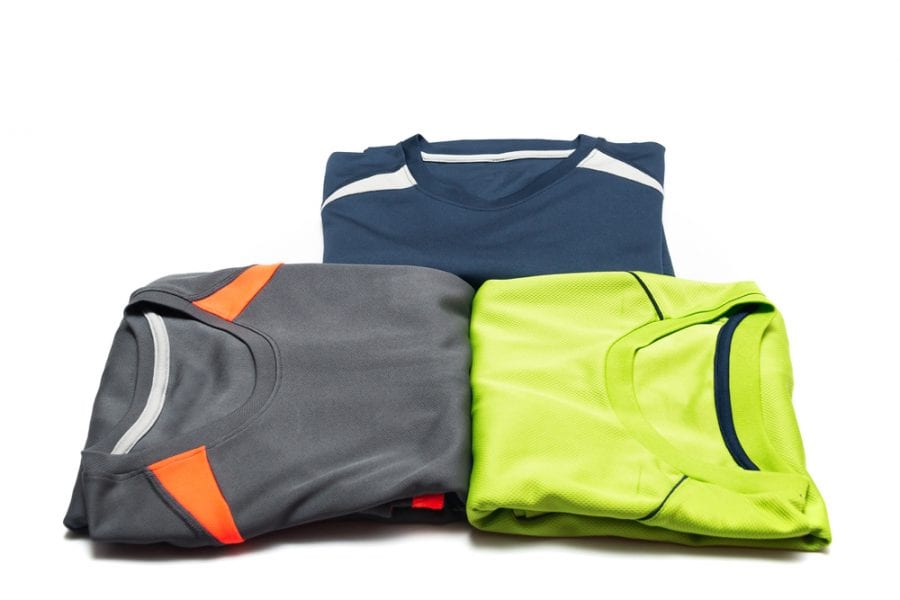 Depending on when you take off from the south and start heading north, expect rain along the way on the Pacific Crest Trail. Because of that, you need some quick-drying clothes, from underwear to shirts and sports bras for women, that can keep you dry and comfortable.

Peak rain season in Southern California starts in October and runs through March. And if you’re in the Pacific Northwest in the spring, you can expect almost daily rains.

Make sure this gear has wicking technology which helps the drops of water ball up and roll off the material. If you’re stuck in a torrential downpour, there isn’t much the wicking material can do to help you, but it will dry faster than your standard cotton t-shirt. 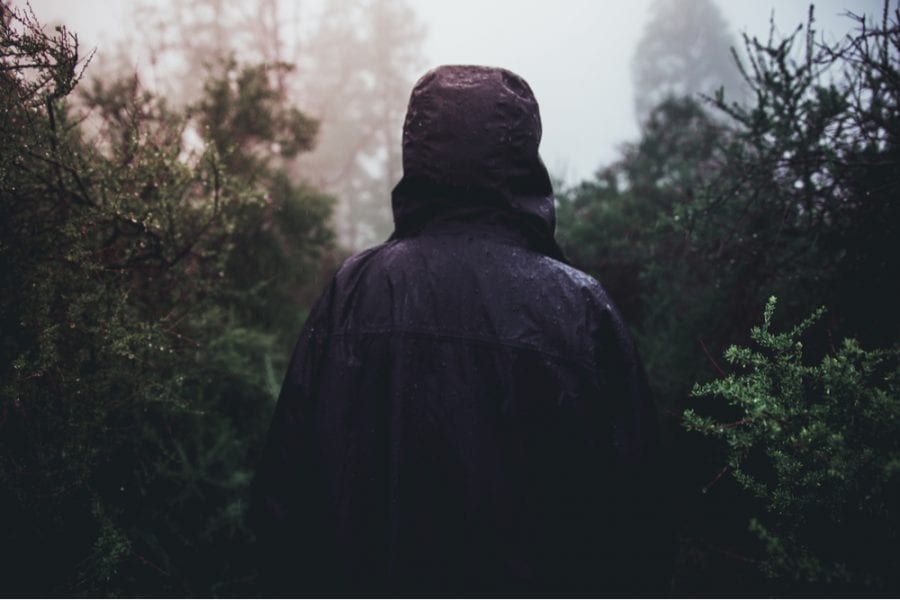 Now that you know you’re going to see considerable rain along the PCT, you’re also going to want a waterproof rain jacket, but you can’t just buy any old rain jacket.

Because the climate can be quite warm in the southern portion of the trail, you need a rain jacket that’s also breathable. There’s nothing worse than wearing a warm rain jacket in 90-degree heat, even if it is raining.

It’s also a good idea to order up a size in your rain jacket. As the trail gets colder the more north you head, you’ll want to put the rain jacket over your winter apparel because it helps cut the wind.

Read More : How to Layer Effectively for Camping in Cold Weather 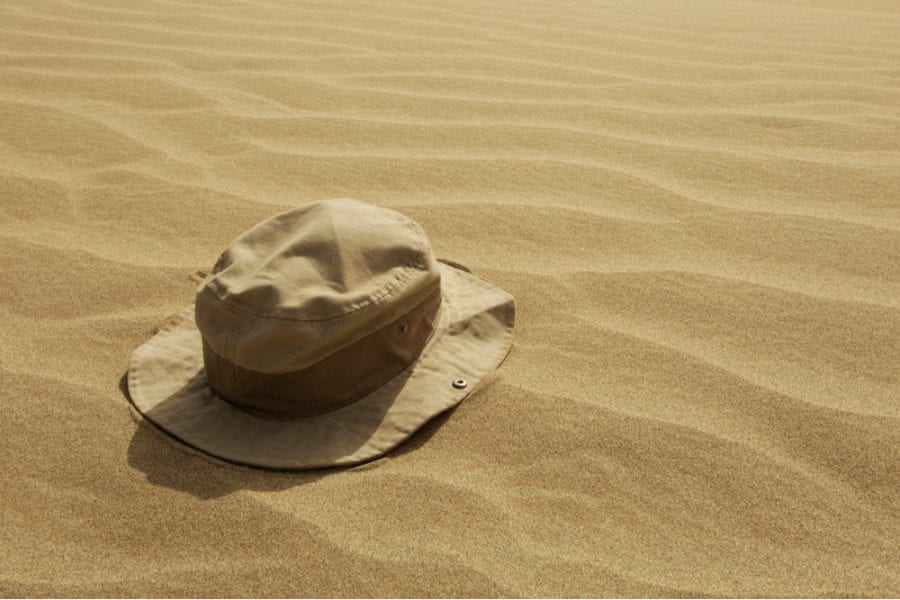 About 15% of the Pacific Crest Trail, or about 700 miles, is actually in the desert with nothing to block the sun from beating down on you. So, in addition to sunscreen, you’ll want a buff for your neck and a sun-shielding hat to keep you cool.

Make sure you buy something with a flexible rim. Remember, you’ll have your backpack on, which can possibly rub against the back of the hat. Anything with a foam-stiffened brim is sturdy enough to keep the brim is a good, sun-blocking position, but also soft enough to bend a bit if it’s rubbing against your backpack.

Also go with a lighter color, as darker hats will faster absorb the heat.

Finally, get a hat with a drawcord adjustment on it. There will be windy days in the desert and the last thing you want to do is chase after your hat with a backpack on. 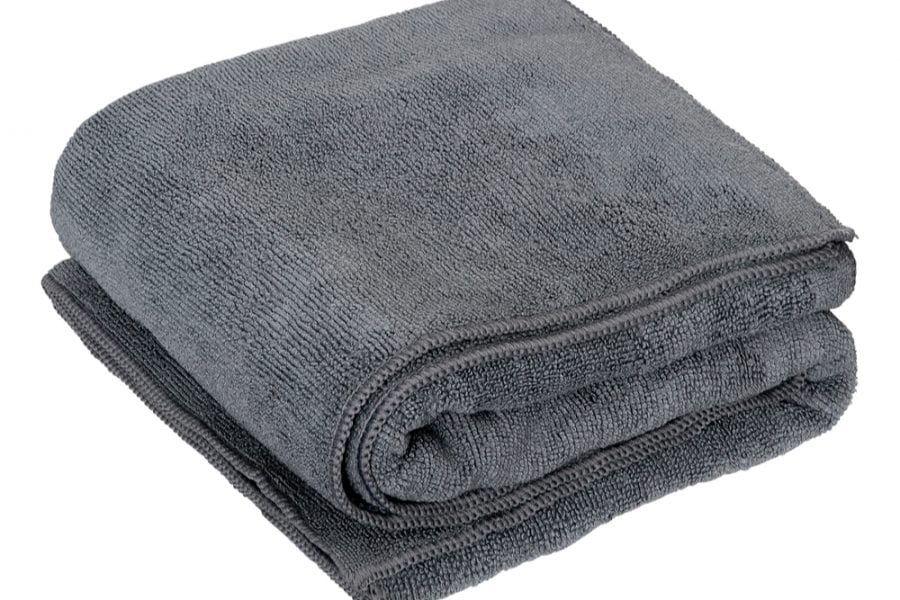 A quick-drying towel is handy on any camping trip but is especially great for those tackling the PCT.

When it’s hot, you’re going to sweat a lot. The towel will do a good job of wiping away that sweat, but it’ll be even more useful if you’re able to take a quick shower while strolling through one of the handful of small towns on the trail.

Most of these quick-drying, hiking towels are antimicrobial, which means you can use them over and over again to keep yourself clean without worrying about rubbing a bunch of bacteria back on yourself.

You’ll want to go with a smaller size to keep things as light as possible, but space isn’t as big of a deal. On dry days, you can simply hang the towel on the back of your pack. 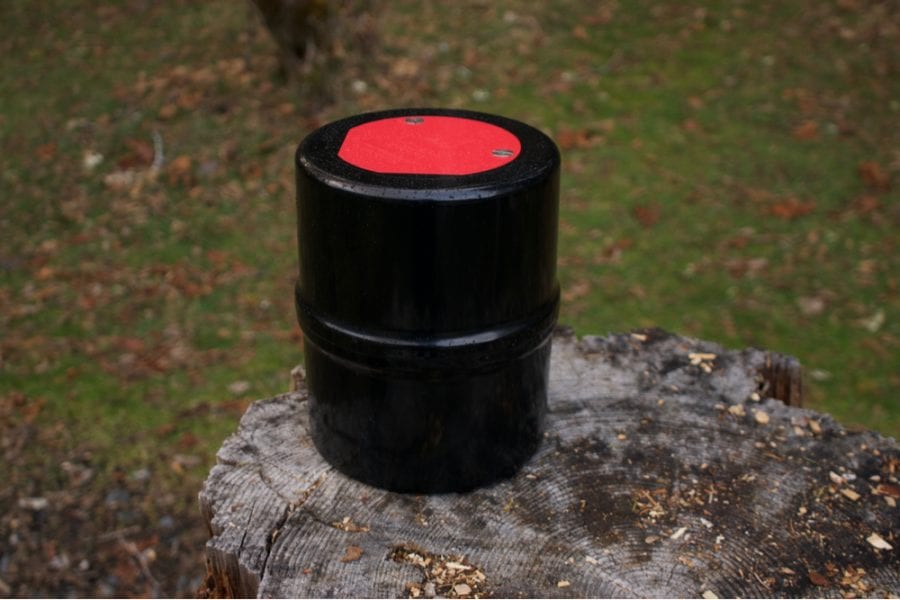 While rare, there are always a few grizzly bear sightings along the Pacific Crest Trail, specifically for the roughly 18 miles through the North Cascades. You’ll want to bring a bear canister just in case one makes it to your campsite.

Bear canisters are designed to be wide, round, and slippery, leaving very few leverage points for entry from bear jaws and claws.

The bear canister is probably only necessary for those who are doing day hikes, as most backpackers won’t want to carry a larger canister with them on the full trail.

If you’re doing day hikes, the bear canister can double as a stool at the campsite.

Read More : How to Camp Safely in A Bear Country 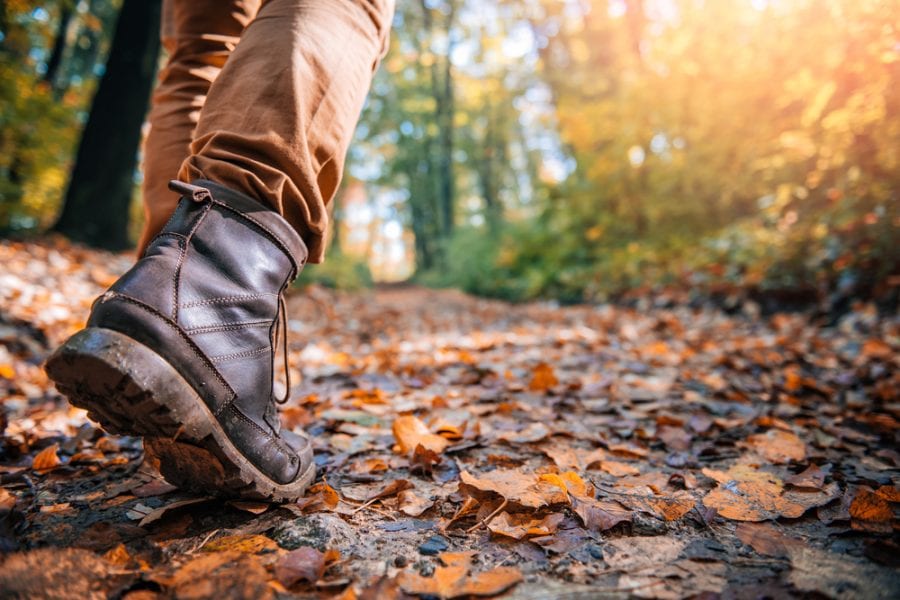 If you’re hiking the entire Pacific Crest Trail, expect to go through about a half-dozen pairs of shoes. If you plan ahead, you’ll ship new pairs to stopping points along the trail.

As mentioned earlier, there can be plenty of rain on the trail, so you need a hiking boot that’s waterproof.

At the same time, though, you’ll be hiking through the desert, which requires a light-weight hiking boot to get through the sand. For that reason, expect to always carry an extra pair in your pack. While shoes can be heavy, your feet will thank you along the way.

If you’re hiking with no boundaries, you may want to order up a size as your feel will undoubtedly swell up in the warmer months. 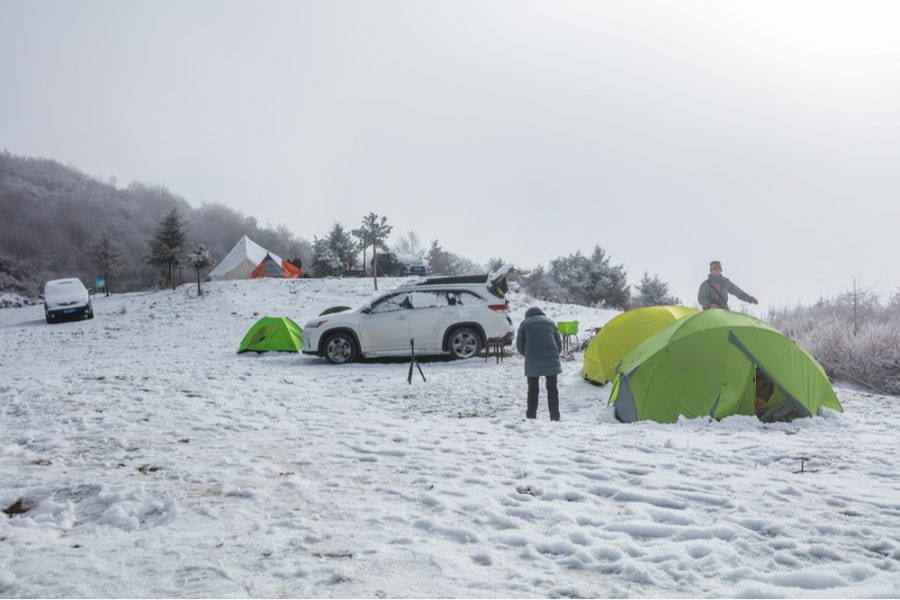 Because you’re going to experience a big change in temperature, you need a tent that can handle it all. Luckily, you shouldn’t have to worry about too many sub-freezing nights, but a three-season tent and a nice sleeping bag can keep you warm in those conditions.

In addition to your tent, you want to bring some kind of sleeping pad to keep your sleeping bag off the floor. It’ll not only be more comfortable, but it can also block the temperature of the cold floor from getting into your sleeping bag and keeping you cold through the night.

Your three-season tent doesn’t have to be big. If you’re hiking the trail with someone, you’ll want to carry just one larger tent that accommodates two people and take turns carrying it every other day. 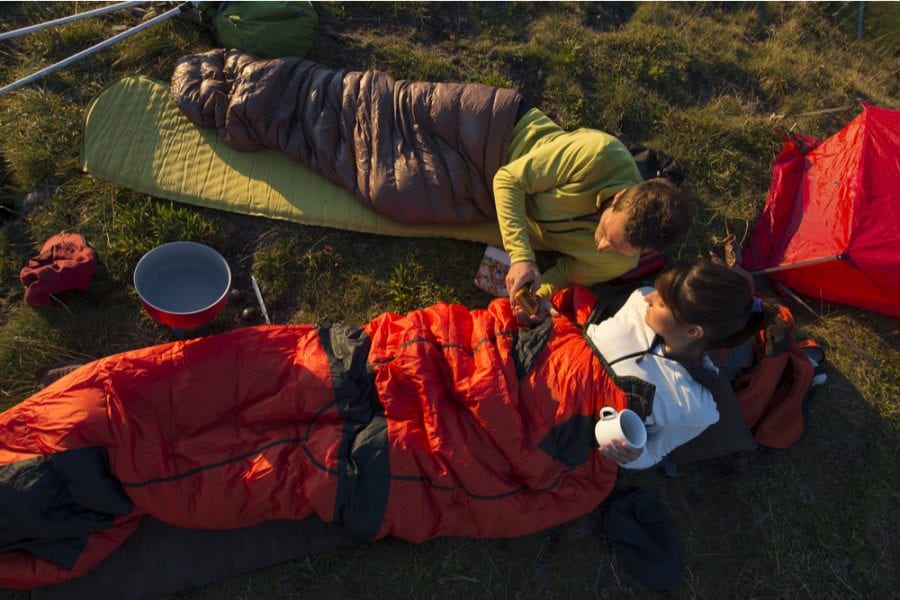 If you’re hiking the entire PCT, there will be nights where you’ll stop in a nearby town and stay in a hotel to recharge.

But most of the time, you’re going to be out in the wilderness sleeping in a tent. Because it can get cold on this trail, you need a warm sleeping bag that’s at least rated down to 15ºF.

What do you do when it’s warmer at night?

You can simply sleep on top of the sleeping bag. More often than not, though, you’ll need that warmth, as temperatures can drop pretty low (even in the desert!) when the sun goes down. 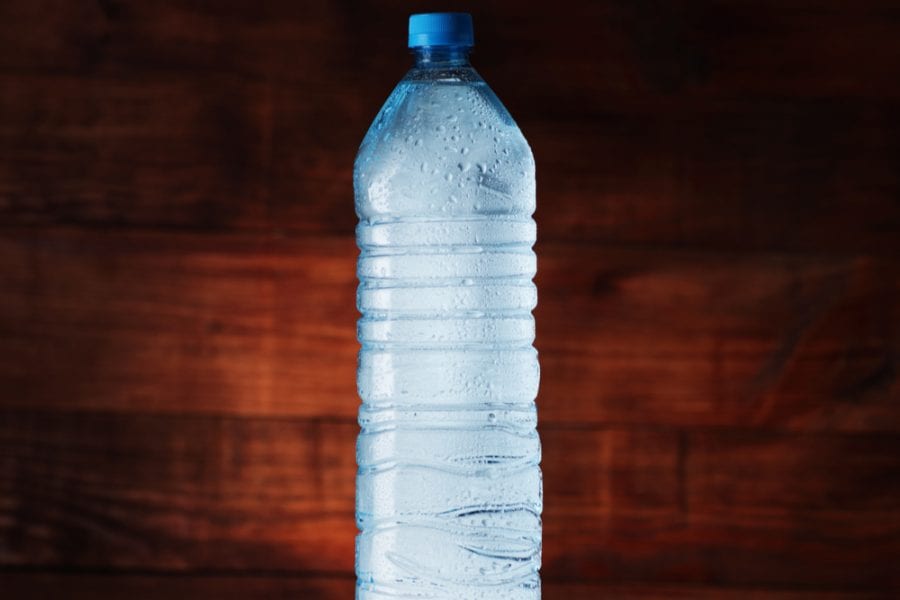 Staying hydrated on this trail is extremely important.

It’s recommended you drink 1-liter of water for every five miles you hike in the desert, even if you don’t feel thirsty. The desert can easily drain you of fluids without even realizing it.

If you like cold water, make sure you get an insulated water bottle. It’s heavier, but it’ll keep your water cool. And when you’re hiking in the heat, there’s nothing better than refreshing cold water.

Read More : How Much Water Should You Bring to Camping? 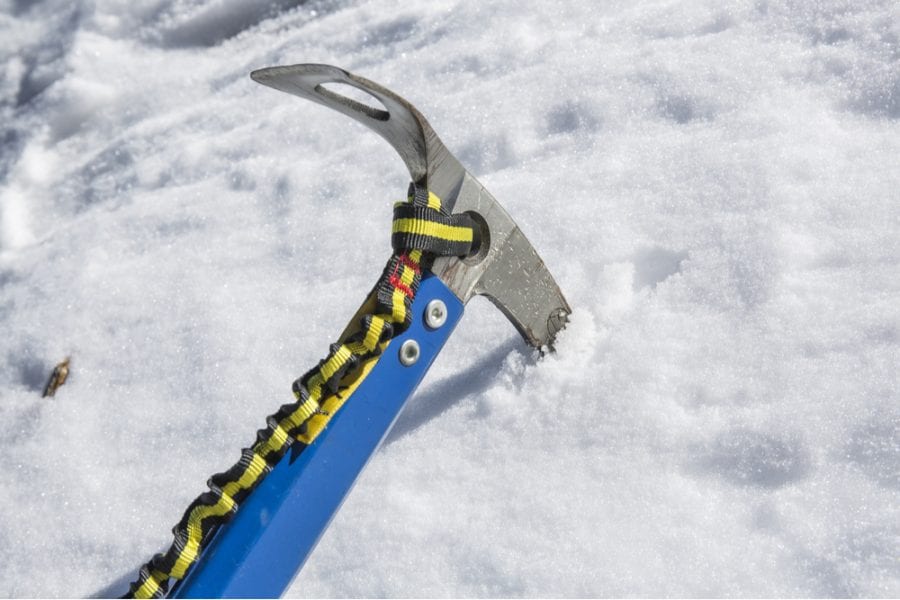 That’s right: You’ll want to ship an ice axe for the snowier and icier treks on the northern part of the trail.

Even if you have hiking boots with great grips on them, by the time you’re that far north, your legs are going to be tired. The ice axe can prevent you from sliding down inclines in the event of a fall. 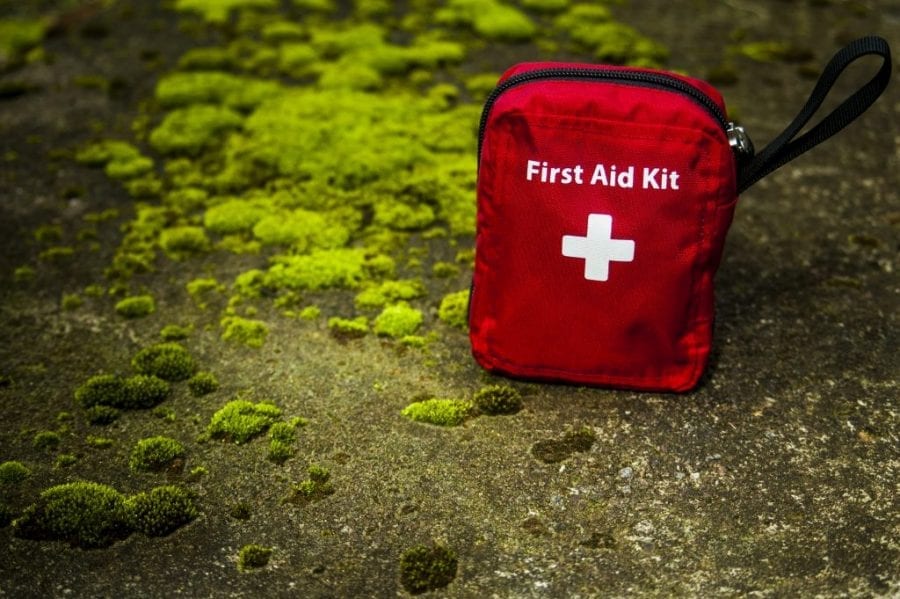 The Best First Aid Kits for Camping in 2022 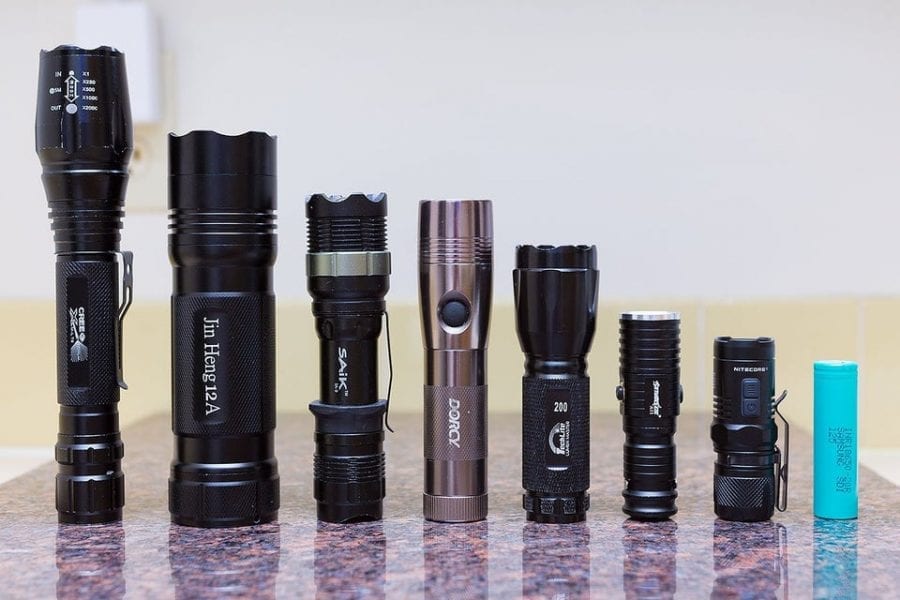 The Best Camping Flashlights in 2022 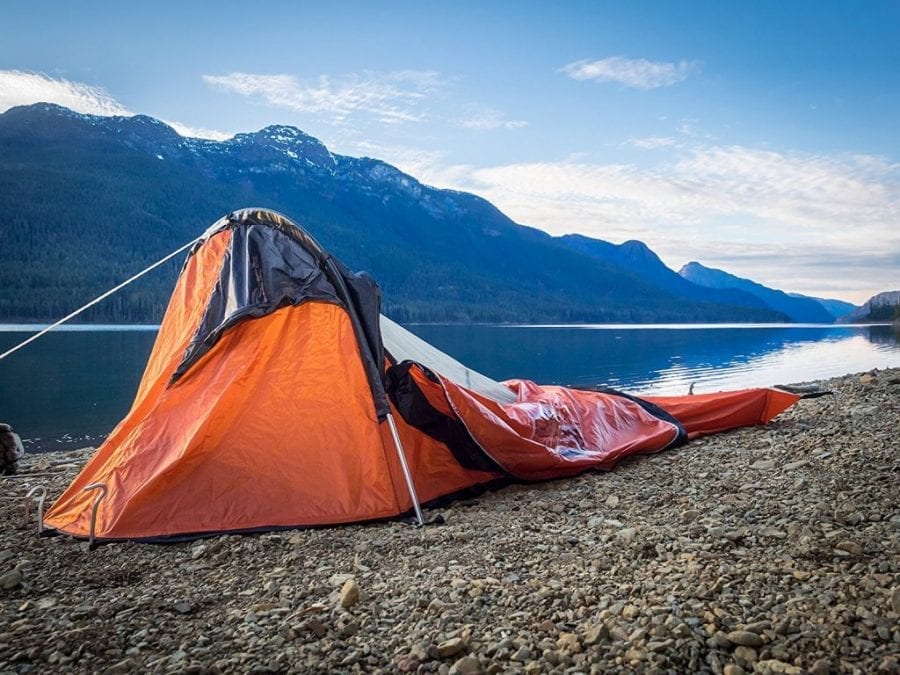