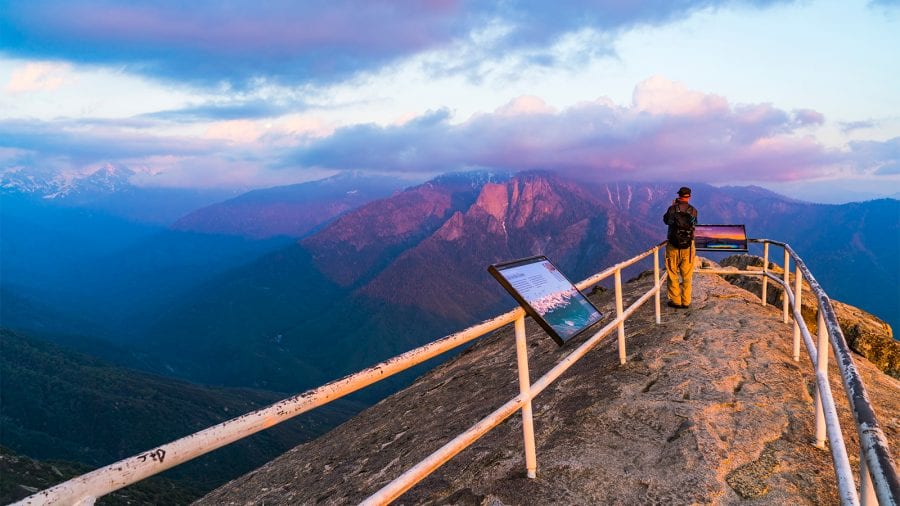 The best time to visit Sequoia & Kings Canyon National Park is from mid June to August.

This is when the Californian weather is generally sunny and warm. The average daytime highs are in the mid-70s, and nighttime lows are in the mid-40s, making it very pleasant for most campers and hikers.

There are still snow covers in the High Sierra until late spring or even early summer. So, visiting between June and August means that you’ll have the best chance of snow-free roads and trails.

At Sequoia National Park, the summer is typically the busiest season of the year. The majestic trees provide a wonderful respite from the sun. The daytime temperatures are in the mid-70s and nighttime in the 50s.

The paid Sequoia Shuttle transports tourists from surrounding communities like Visalia and Three Rivers up Highway 198 to the Giant Forest Museum in Sequoia National Park from late May through early to mid-September. There is also a free shuttle in the park to popular attractions such as the Giant Forest, Moro Rock, Wuksachi Lodge, and different campgrounds.

The weather can be erratic during the fall. There could be light snowfall as early as October. Some park facilities start to shorten their opening hours or shut down entirely.

You may need tire chains if you plan to visit during the winter. It might be difficult to predict when it will snow, so it is better to be ready.

The in-park shuttle buses are available between the Giant Forest Museum, the Wuksachi Lodge, and Restaurant, stopping at the General Sherman Tree, Lodgepole, and Wolverton Snowplay Area if you don’t want to drive in these conditions.

The shuttles only operate in Sequoia National Park.

Depending on the elevation, there may still be snow on the ground in April, and rivers and creeks have brisk, chilly currents.

On the plus side, the abundance of wildflowers that bloom in the foothills makes this time of year a favorite for walkers. In late May, the shuttle service will resume. 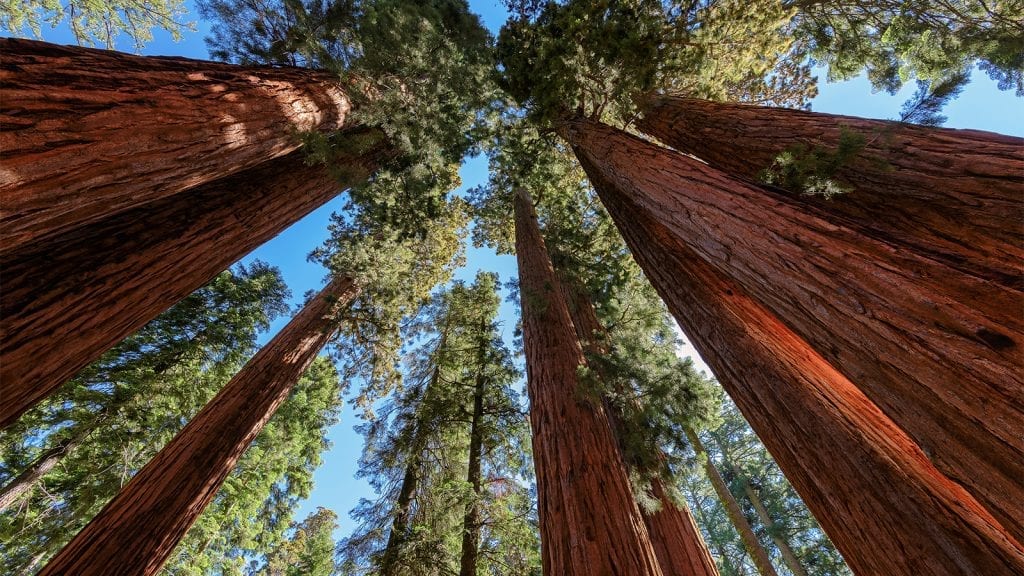 The best time for good weather in Sequoia and Kings Canyon National Parks from June to August.

Therefore, if you want to visit the foothills, the best time for good weather is late spring and early fall. 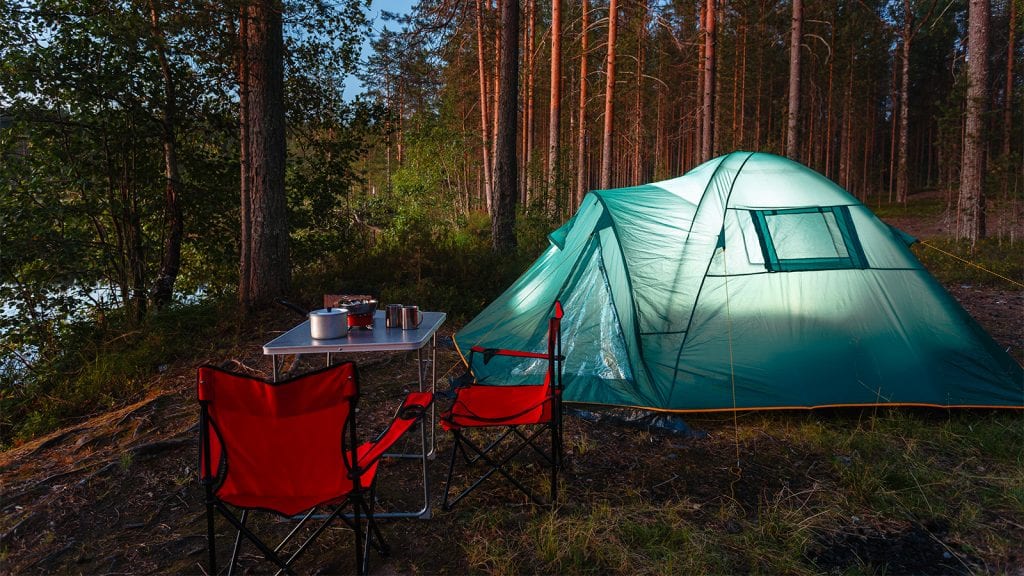 The best time to camp in Sequoia and Kings Canyon is between June and August.

During this time, temperatures are comfortable in the sequoia groves, making camping a pleasant experience. There is generally minimal rain in the parks throughout the summer, though afternoon thunderstorms are always a possibility.

Keep in mind that the foothills campgrounds in Sequoia and Kings Canyon are quite hot during the summer, so it’s best to camp at higher elevations during this time.

The best time to visit Sequoia and Kings Canyon National Parks to avoid the crowds is from December to February.

Substantially fewer people visit the parks between the months of December and April, compared to the summer months. As a result, you can enjoy a serene experience in Sequoia and Kings Canyon without the crowds.

That being said, the winter in the Sierra brings heavy snow, which can blanket the roads and make driving difficult. Be sure to pack tire chains for any winter visit to the parks as they may be required at any time. 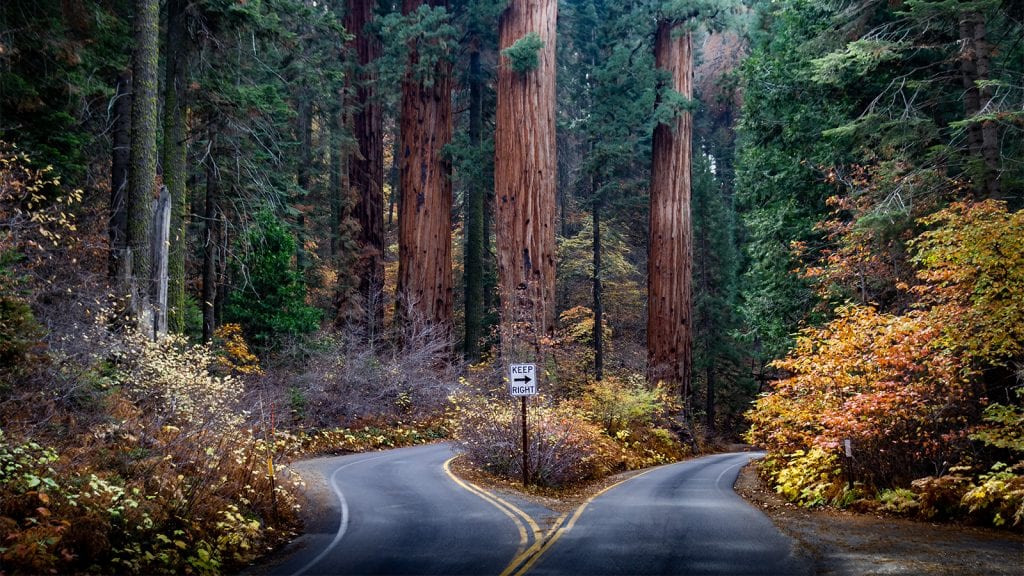 The best time for scenic drives in Sequoia and Kings Canyon is in August and September.

By this point, every road in the park should be snow-free and passable, allowing you to drive throughout the region with relative ease. However, if you want to see bears and other wildlife during the drive, the late spring month of May is often your best bet. 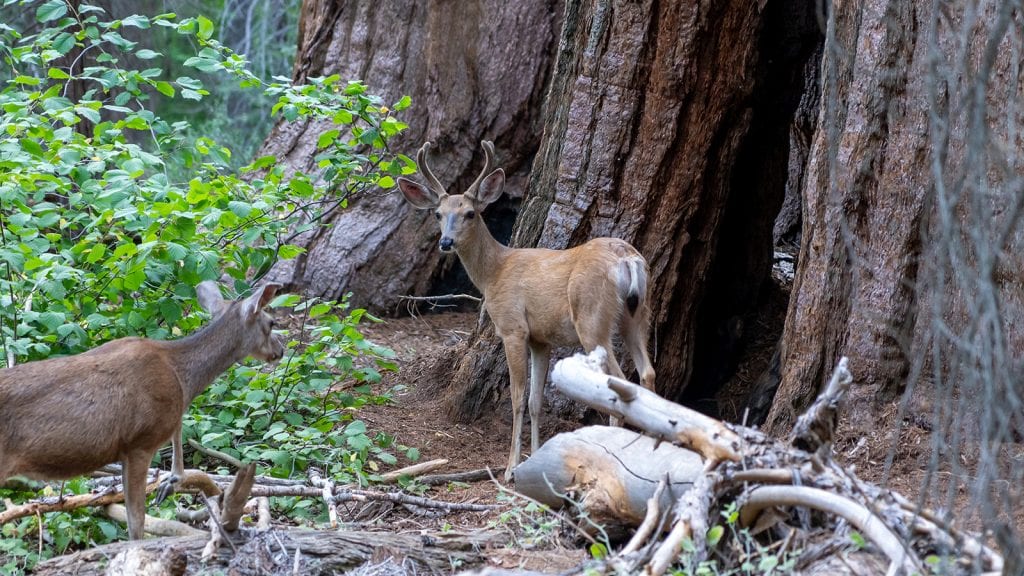 The best time for wildlife watching in Sequoia and Kings Canyon is early in the mornings from May to June.

For a good chance of seeing birds, you should plan to be up around dawn, particularly in the summer when busy trails can scare birds away. In the late spring and early summer, hungry bears tend to be quite active in the park as they look for food.

Alpine meadows and the edges of forests tend to be especially good places to sight wildlife in the park during the early morning hours from May to June. 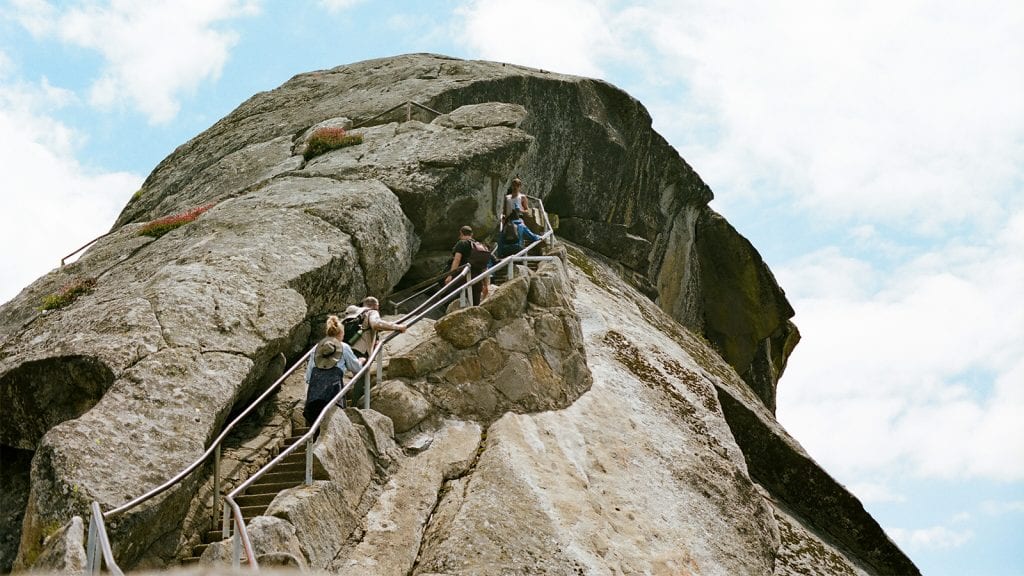 The best time for rock climbing in Sequoia and Kings Canyon is between August and September.

These months bring cooler temperatures and fewer crowds than at the height of summer. Additionally, there are often closures on popular crags, like Moro Rock, during the early spring and summer for nesting peregrine falcons, which are normally lifted by mid-August.

Keep in mind that many of the world-class climbs in the parks are located deep in mountains where snow can fall at any time of year. Early summer can bring unpassable high water while late fall can have unexpectedly large snowfall, so plan your trip wisely based on the weather conditions. 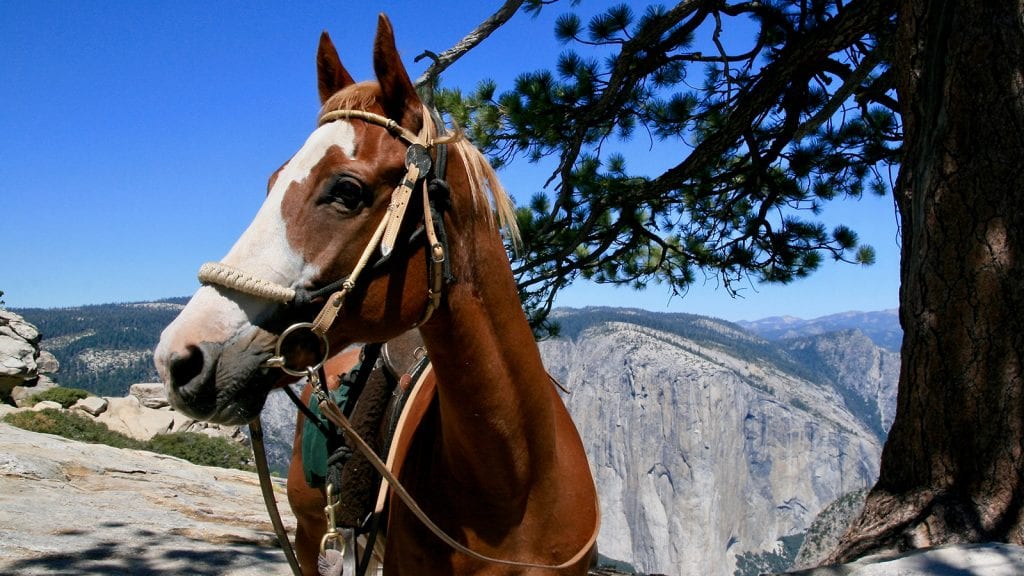 The best time for horseback riding in Sequoia and Kings Canyon is July and August.

July to August provides the best conditions in the alpine sections of the park, allowing for an exceptional backcountry riding experience. There is 2 commercial horseback riding stables in the park that offer guided rides during the summer, though reservations are highly recommended.

If you plan to bring your own horse or stock into the park or you want to join a guided horsepacking trip, the summer months provide the best conditions for you and your four-legged friends. 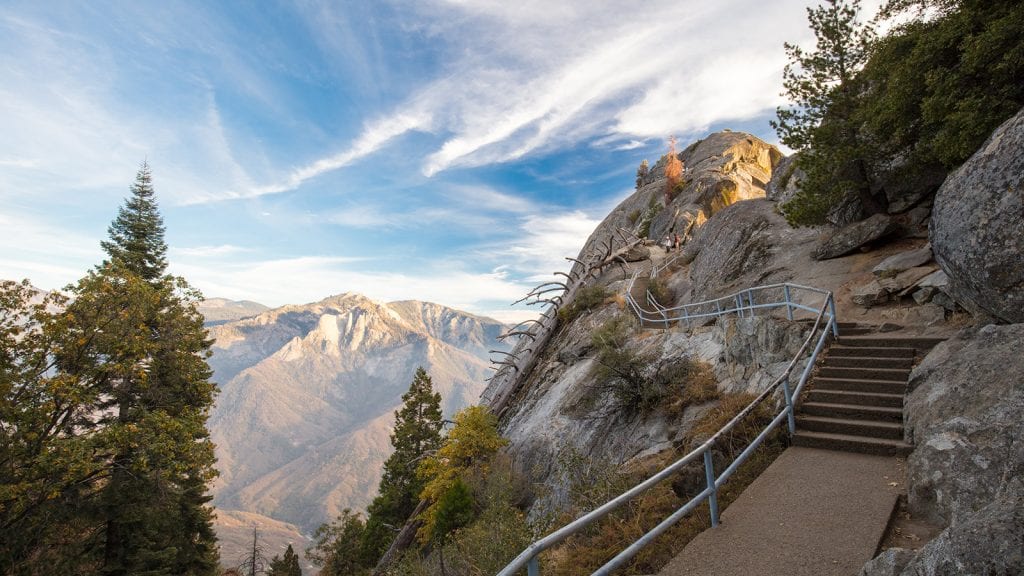 The best time to climb Moro Rock is during June or July when the trail to the summit is snow and ice-free.

Since Moro Rock is so popular, it’s best to start your hike very early in the day to avoid the crowds. The summit is also a nice place to take in the sunrise, which can make for an unforgettable experience on a partially cloudy morning – just don’t forget to pack your coffee maker and thermos so you can enjoy a cup o’ joe at the summit!

If you’re interested in a sunset hike, the aptly named Sunset Rock is just a short distance away and offers better views of the setting sun to the west.

Best time for skiing and snowshoeing 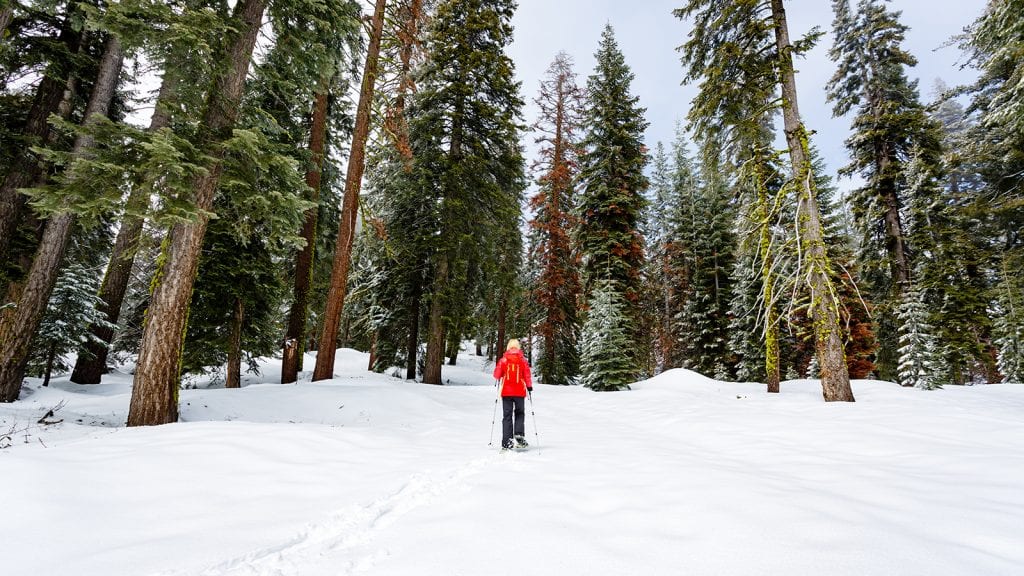 The best time for skiing and snowshoeing in Sequoia and Kings Canyon is from January to February.

During this time, the park rangers usually offer free 1 to 2-hour-long guided snowshoe trips, open to any visitor over the age of 10. There are also plenty of great ski trails within Giant Forest and Grant Grove.

Moreover, overnight backcountry ski trips are particularly popular in the mountains. Wilderness permits are required for these trips. Additionally, anyone looking to stay at the Pear Lake Winter Hut near Wolverton Meadow during their ski tour needs to make a reservation well in advance. 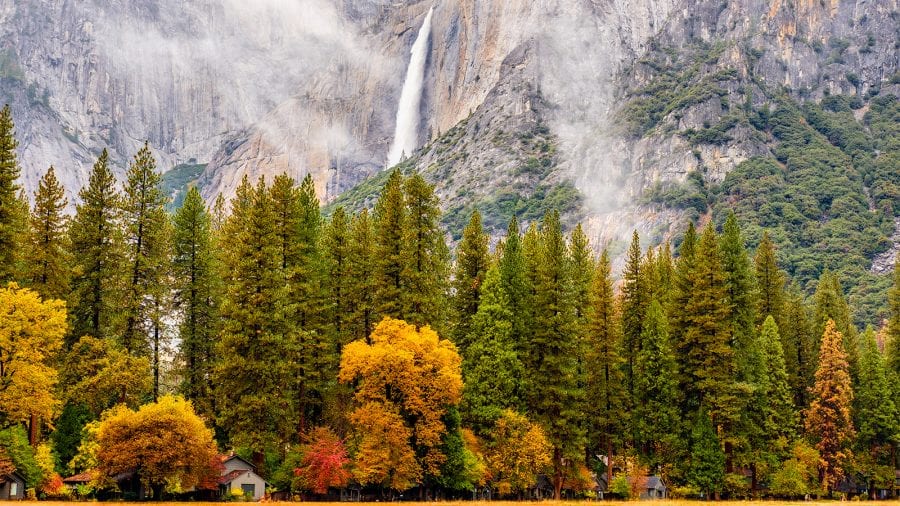 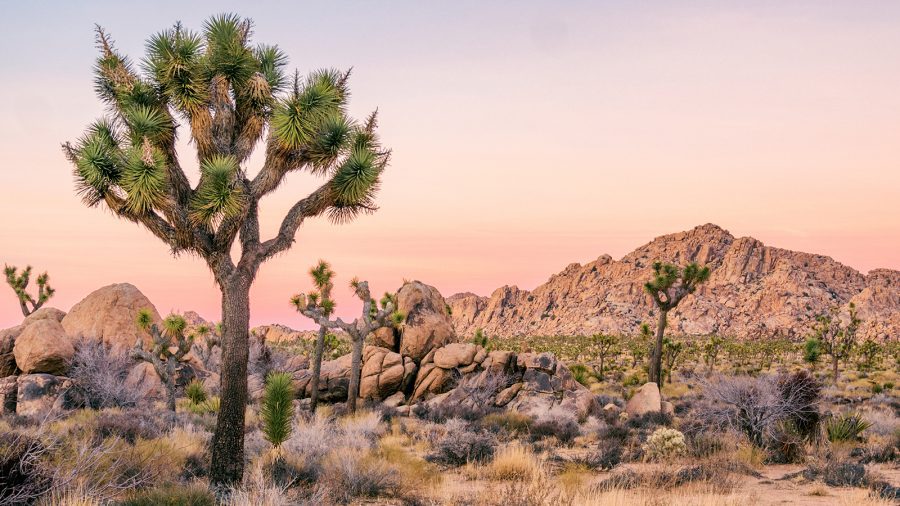 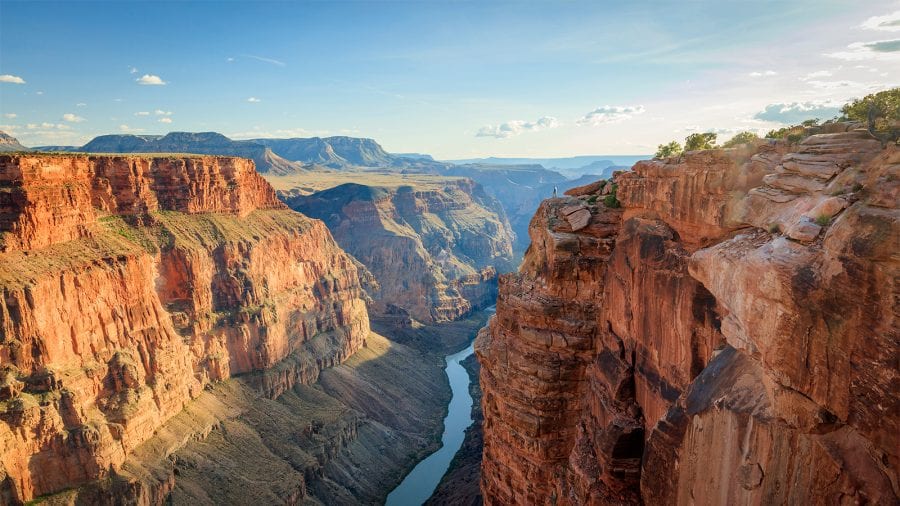