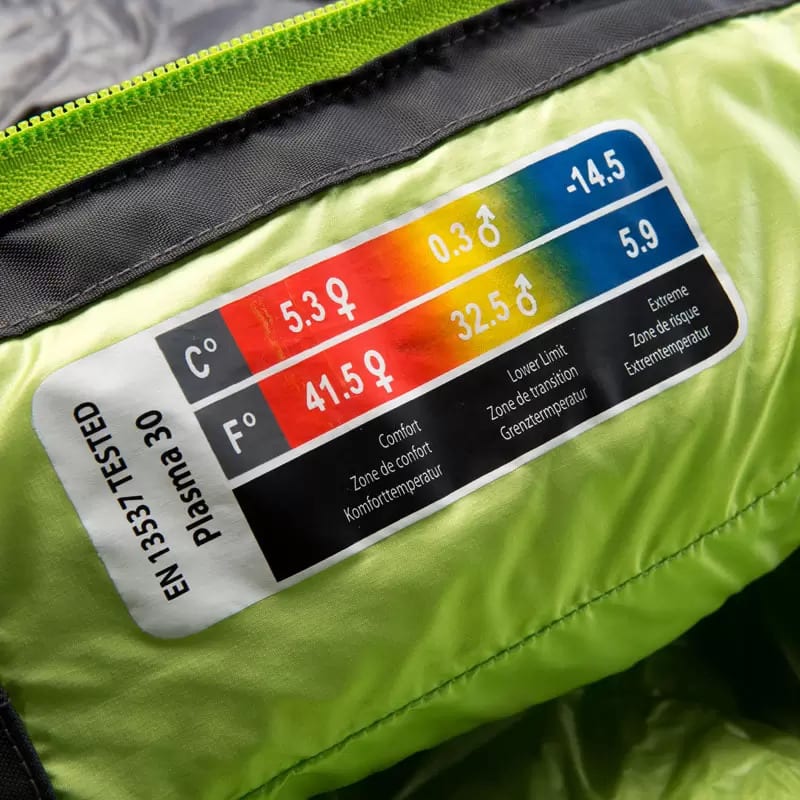 Your sleeping bag is one of your most important pieces of gear, so it’s critical that you get the right model for your needs. However, sleeping bag temperature ratings can be pretty tricky to decipher, so it can be hard to know what’s truly appropriate for your adventures.

We want you to have the best possible gear for your camping trip, which is why we’ve put together this guide that’s dedicated to explaining the nitty-gritty details of the temperature ratings on sleeping bags.

Up next, we’ll discuss what you need to know about the temperature rating systems on sleeping bags so you can be better informed as you shop.

What are sleeping bag temperature ratings?

A sleeping bag temperature rating is a number that gear manufacturers put on their sleeping bags. These ratings are designed to give you a better idea of the best conditions for using a particular sleeping bag.

For example, a 40ºF (4ºC) sleeping bag is widely considered to be a summer sleeping bag in moderate climates, such as what you might find at Great Smoky Mountains National Park.

Meanwhile, a -20ºF (-29ºC) sleeping bag would be a winter sleeping bag that’s best for use during the colder months of the year for backcountry skiing in places like Rocky Mountain National Park.

However, there’s a whole lot of science, technology, and testing that goes into creating these temperature ratings. Understanding how these rating systems work is critical if you want to have the right gear for your adventures. Otherwise, you might end up with a sleeping bag that’s too warm or too cold for the conditions you face.

Sleeping bag temperature ratings might seem simple (they’re just numbers, right?), but there’s a lot that goes into distilling all the qualities of a sleeping bag into one single set of values.

Coming up, we’ll discuss how sleeping bags are tested and rated so you can get a better understanding of how the rating on your gear affects how it performs in the real world.

Back in the day, there was no universally agreed upon standard for rating sleeping bags.

This meant that manufacturers could, more or less, label their gear with any rating that they thought was most appropriate. As you can imagine, this led to a lot of confusion and frustration among campers, who were upset that their 20ºF (-7ºC) sleeping bag didn’t even keep them warm on a hot summer evening.

In response to this perpetual issue, the International Organization for Standardization (ISO), introduced a standard known as EN-ISO 13537 all the way back in 2005.

This standard paved the way for a more systematic rating system among all of the world’s leading sleeping bag manufacturers. Moreover, it helped to create an independent testing system that takes the responsibility of testing away from manufacturers to ensure that campers around the world can get the gear they need.

Like all standards, this original rating system has evolved quite a bit over the years and it is now known as ISO 23537. The general principles of the testing and rating system are still the same, though they’ve become more rigorous and refined over time.

To understand how to use this sleeping bag rating system to purchase the right sleeping bag, however, it’s important that you have good background knowledge of the tests used to rate sleeping bags in the first place.

The test itself is quite complex and specific (you can read the standard for more guidance, but you’ll have to pay to purchase the document, unfortunately), so here’s the quick version.

Basically, testing companies use a heated manikin that’s covered in high-tech sensors in lieu of a human being. They place this manikin inside a sleeping bag and on a foam sleeping pad before putting the entire set up inside a purpose-built cold chamber.

During the testing process, evaluators pay close attention to the data they get from the manikin’s many sensors. They’re on the lookout for a number of important data benchmarks, including :

All of this information is loaded into some sophisticated computer models, which then spew out a series of numbers. These numbers are then interpreted by the testing professionals and they’re used to determine the various sleeping bag rating limits that you see when you purchase your gear.

How are sleeping bags rated?

Now that you understand how sleeping bags are tested, let’s talk a bit about how the rating system actually works.

The first thing to keep in mind when looking at sleeping bags is that there’s more than one number associated with each temperature rating.

Sure, most sleeping bags are marketed to a specific temperature, such as 35ºF (2ºC), but these ratings are often simplified for advertising’s sake and are just part of the story.

In fact, according to the ISO 23537 standard, each sleeping bag has a range of different temperature ratings, broken up into 3 primary categories :

Let’s take a closer look at what each of these 3 categories means and what you should know about them as you shop for a sleeping bag.

As the name suggests, the comfort range of a sleeping bag refers to the conditions where you can expect to be comfortable while sleeping.

It turns out that the comfort range is defined as the ideal temperature where a standard woman is supposed to feel comfortable (i.e., not cold) while asleep.

But, the ISO definition of a standard woman refers to someone that weighs about 132lbs (60kg), so your personal experience with the sleeping bag might vary dramatically.

Therefore, you should take the comfort rating of a sleeping bag as a guideline, rather than as a hard and fast rule.

However, you should be wary of using a sleeping bag in conditions that are more than 5º to 10ºF (3º to 5ºC) above their comfort rating until you test it out yourself and figure out how well it works for your needs.

At the same time, though, it’s often wise to get a sleeping bag that’s just slightly warmer than the coldest conditions you’re likely to face. That way, you can ensure that you’ll stay warm at night without overheating.

So, if you expect your trip to Death Valley National Park to have nighttime lows of 40ºF (4ºC), it’s usually best to get a sleeping bag that’s designed for slightly colder temperatures, such as one with a comfort rating of 30ºF (-1ºC).

Oh, and one final thing; if you’re shopping for a women’s-specific sleeping bag, companies will almost always use the comfort rating number as the overall temperature rating.

This means that if you see just one temperature listed on a women’s sleeping bag, you can generally assume that it’s the comfort rating.

The next number you’ll see on a sleeping bag temperature rating is the transition or lower limit range.

This range is defined as a situation where a standard man (weighing 176lbs/80kg) is in a state of thermal equilibrium.

While this might sound like a bunch of technical jargon, all it means is that in the lower limit range, a standard man won’t feel overwhelmingly warm, but they shouldn’t be shivering, either.

For the most part, this is the number that’s used to rate men’s and unisex sleeping bags as most men, by virtue of their generally larger stature, tend to sleep warmer than most women.

Of course, there’s no law that dictates that people need to buy sleeping bags that conform to their gender identity. So, the better way to understand the transition/lower limit range is to view it as the temperature where taller and heavier folks – or anyone that tends to sleep warm – will likely be comfortable at night.

If you find that you normally wake up sweating in the middle of the night, even when you’re in a cold environment, like Glacier National Park, you may consider shopping for a sleeping bag that uses the transition/lower limit range rating, such as a men’s or unisex model.

If you don’t see a risk or extreme range rating listed on a sleeping bag, you can usually roughly estimate it by subtracting about 30ºF (16ºC) from the temperature of a men’s or unisex sleeping bag.

How do sleeping bag ratings affect your comfort?

At this point, you have a pretty solid understanding of sleeping bag ratings, but what does it all mean in terms of your actual camping experience?

Well, when shopping for a sleeping bag, it’s important to keep in mind that these temperature ratings are guidelines and that they’re not set in stone. These ratings are simply designed to steer you in the right direction when purchasing a sleeping bag, but they’re certainly not a guarantee that you’ll be perfectly warm at night.

So, when choosing a sleeping bag based on its temperature rating, keep the following in mind.

What you wear while sleeping is critical

No sleeping bag rating can take into account every possible situation, so they don’t factor in what you’re wearing while you sleep. As you can imagine, someone wearing a thick puffy jacket and while sleeping is going to be much warmer in the winter than someone wearing a pair of hiking shorts.

This means that you actually have a lot of control over how warm you are at night, even if you only have one sleeping bag at your disposal. If you’re feeling cold, you can also use a sleeping bag liner to increase the warmth of your sleeping bag.

Your sleeping pad makes a difference in your warmth

Since sleeping bag temperature ratings are tested while using a sleeping pad, it’s imperative that you use a quality model with an appropriate R-value to get the same results.

In reality, it doesn’t matter how warm your sleeping bag is if you don’t have a good sleeping pad to go with it.

Not every manufacturer uses ENO/ISO ratings

It’s also important to keep in mind that EN/ISO Ratings are not a requirement for sleeping bag manufacturers.

While the rating system is considered the gold standard and nearly any major sleeping bag manufacturer does use it, there’s no international law that requires it.

You may also find that the temperature rating advertised on a sleeping bag doesn’t quite match the bag’s EN/ISO rating. It’s fairly common to find sleeping bags marketed at 15ºF (-10ºC) when their rating is for 18ºF (-8ºC) instead.

This is a result of convention, more than anything, as there are no rules about having to use the ISO rating in the product name. The good news is that this temperature difference is generally quite negligible and isn’t likely to make a huge difference in your camping experience. 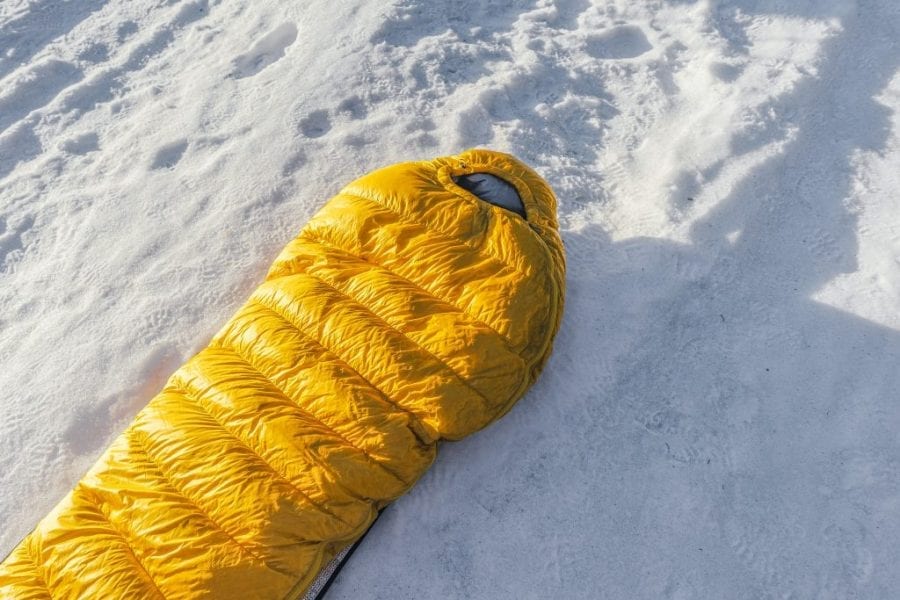 The Best Winter Sleeping Bags in 2022 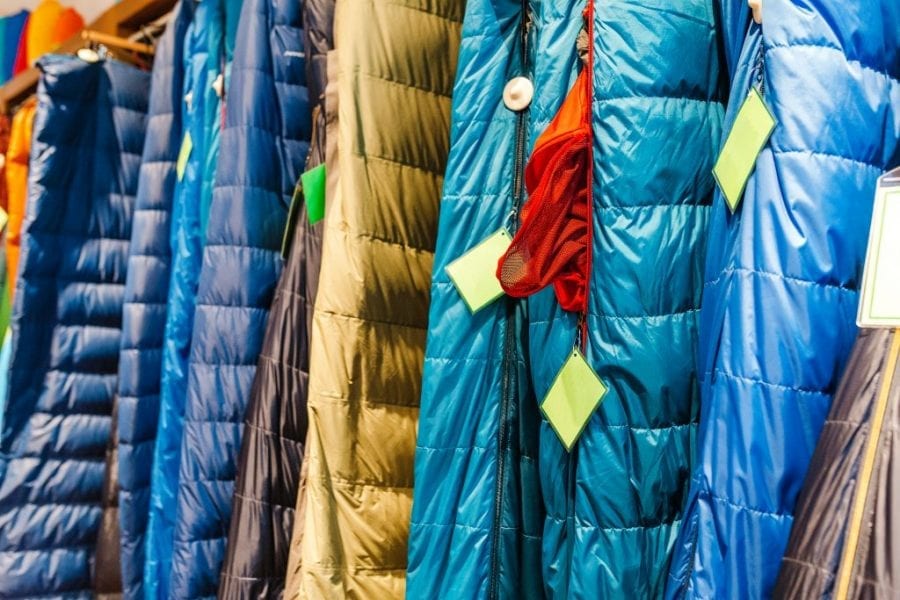 The Best Summer Sleeping Bags in 2022 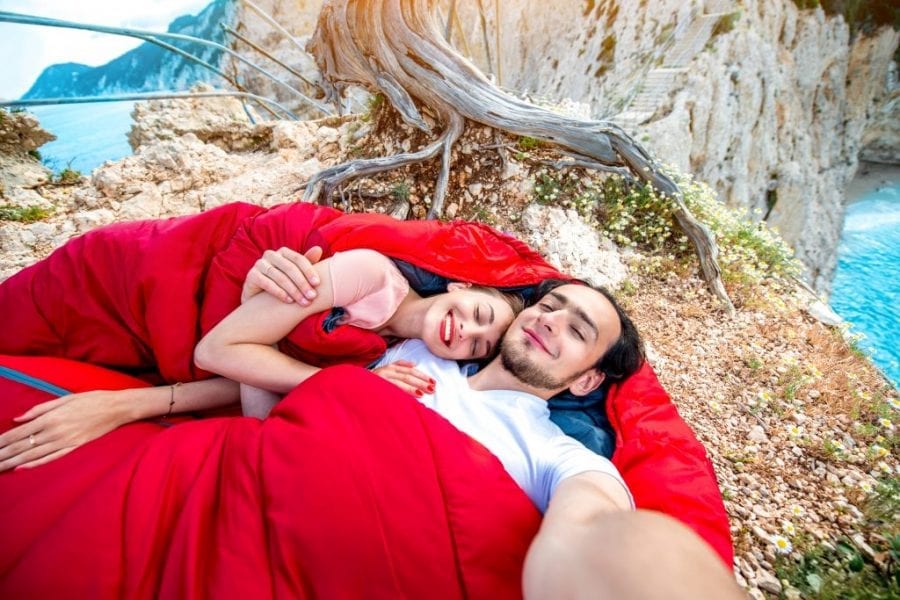 The Best Double Sleeping Bags for Couples in 2022