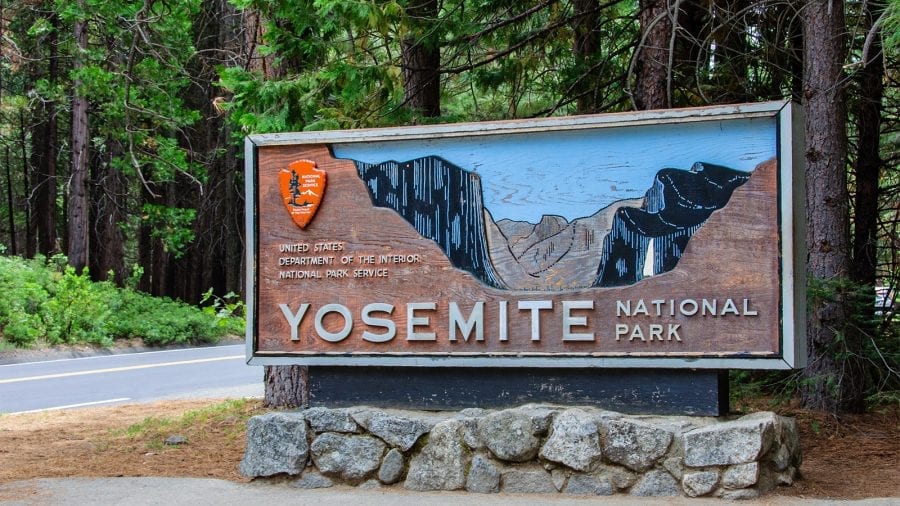 Here are some quick facts about Yosemite National Park.

Where is Yosemite National Park?

Yosemite National Park is located in eastern California, near the state’s border with Nevada. It is approximately :

What is Yosemite National Park famous for?

Yosemite National Park or, Yosemite, as it’s known to most, is famous for its staggering granite cliffs and beautiful alpine scenery that embodies the grandeur of the eastern Sierra Nevada.

The park has a long and storied history of rock climbing, thanks to its sheer collection of massive granite peaks. In particular, Yosemite Valley, which is surrounded by the world-famous El Capitan and Half Dome is often considered a testing ground for up and coming big wall rock climbers.

For those more interested in keeping their feet firmly on the ground, Yosemite is famous for its summertime wildflowers, abundance of wildlife, and excellent hiking opportunities. It also has some of the largest waterfalls in North America, as well as a sizable grove of giant sequoia trees.

What is the best month to visit Yosemite National Park?

The best month to visit Yosemite National Park is September, if you’re looking for a good mix of good weather, beautiful foliage, and smaller crowds.

However, Yosemite is open year-round and the summer months (June to August) are generally considered the peak season. During this time, the weather is excellent, the high-mountain backpacking is awesome, and the waterfalls are in full-force, but so are the crowds.

Spring is a great choice for waterfall-lovers and wildflower enthusiasts, though keep in mind that winter snow keeps road access to Tuolumne Meadows and Glacier Point closed until around mid-May.

The winter months in Yosemite are particularly awesome if you want to experience this crown jewel of the US National Park Service all to yourself – just remember to pack warm clothes and your winter sleeping bag! Snow on the park’s granite cliffs is a stunning sight to behold, but road access is limited to certain areas of the park.

What to do in Yosemite National Park?

How many days do I need in Yosemite National Park?

People can, and do, spend many weeks enjoying Yosemite National Park each year, especially if they’re local to eastern California.

But, if you’re looking to plan a trip to Yosemite, here’s how many days you’ll need.

If you only have a long weekend to visit Yosemite, 4 days is a good amount of time to spend exploring Yosemite Valley. If you can snag a reservation, getting a campsite in Yosemite Valley (Upper Pines, Lower Pines, North Pines, or Camp 4 campgrounds) is a great idea.

From there, you can hike to Bridalveil Falls, Lower Yosemite Falls, or take a long day trip to Vernal Falls and Nevada Falls.

For folks who really want to see Yosemite, 14 days is a solid amount of time. It’s nice to start out base camping in Yosemite Valley, where you can enjoy some day hikes as you get used to the elevation.

If you can manage to get Half Dome permits, that’s a great way to experience some of the finest views in the Valley. Then, for the latter half of your stay in the park, you can enjoy the Yosemite backcountry.

Backpacking in the Hetch Hetchy Valley or from Tuolumne Meadows offers some nice solitude in the park – just don’t forget to get wilderness permits, first!

How to get to Yosemite National Park?

Yosemite National Park is surprisingly accessible, despite its location in the heart of the Eastern Sierra.

Here are some good ways to get to the park to start your adventures.

Public transport to Yosemite is seasonally available on the Yosemite Area Regional Transportation System (YARTS). The bus line offers service to and from the Yosemite Valley Visitor Center from Sonora, Merced, Fresno, and Mammoth Lakes.

For people coming from Sacramento or the Bay Area, there is Amtrak service to Merced, which then offers connections to Yosemite Valley.

What to see in Yosemite National Park? 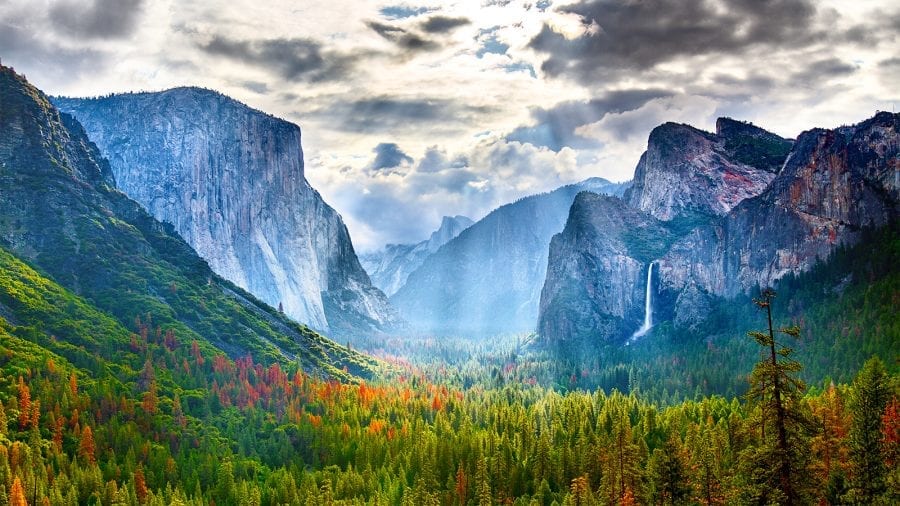 Yosemite National Park offers plenty of adventure for visitors to enjoy. Here are some of the top sights to check out in the park :

Perhaps the most-visited part of Yosemite National Park, Yosemite Valley is the glacially-carved valley that’s home to the stunning granite summits of El Capitan and Half Dome.

The valley is filled with densely forested pines and is drained by the Merced River, which itself is fed by large nearby waterfalls. Many visitors to the park stay in one of the Valley’s many campgrounds.

With a good pair of binoculars, people standing on the valley floor can also see climbers high up on El Capitan.

Appropriately named, Half Dome is a beautiful granite rock formation that’s popular among climbers. The park runs a permit system for people looking to scramble to the top via the Cables Route.

Alternatively, you can enjoy the view of Half Dome from the valley below.

The highest waterfall in North America at 2,425’, Yosemite Falls is a must-see for any visitor. Waterflow on the falls is highest in late spring, though water usually flows year round.

A shorter walk takes visitors to the base of the falls, while a more strenuous hike offers good vantage points from higher up.

Glacier Point is a viewpoint that overlooks Yosemite Valley. It is 7,214’ in elevation and offers excellent vistas of Half Dome, Liberty Cap, and Nevada Fall.

Getting to Glacier Point requires a bit of an effort, though it’s often quite busy during the summer months. The shortest access to the point is via the aptly-named Four Mile Trail, which climbs some 3,200’ in 4.6 miles from the valley floor below.

However, the trail is steep and exposed and can be dangerous when covered with ice and snow, so it is often closed in the winter.

Although it’s not as high as Yosemite Falls, Bridalveil Falls is a year-round waterfall that’s one of the most prominent in the park. It can be seen from the road as you enter Yosemite Valley and it’s accessible via a short trail that leads to the base.

In the spring, the falls often catch the late evening light, allowing for a beautiful glow that’s truly a wonder to behold.

Home to sky-scraping giant sequoias, Mariposa Grove is in the southernmost part of Yosemite near the town of Wawona. It is the park’s largest grove of giant sequoias, 2 of which are actually among the biggest in the world.

The grove offers a great array of hiking options that are suitable for people of all skill levels. In Mariposa Grove, visitors can see the Grizzly Giant (one of the oldest trees in the world), the Washington Tree (the largest in the grove), and the California Tunnel Tree, the latter of which actually has a trail running through it.

Additionally, the grove has a small museum with historic photos of the region for hikers to enjoy. 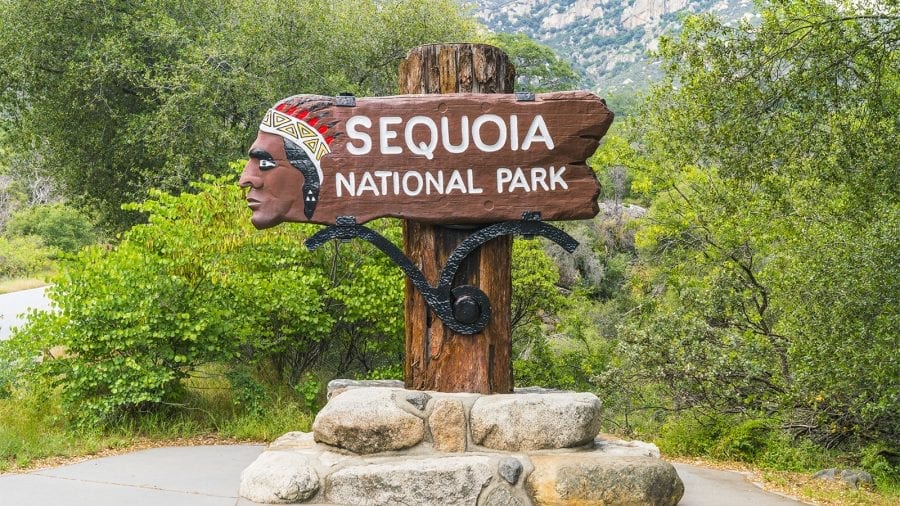 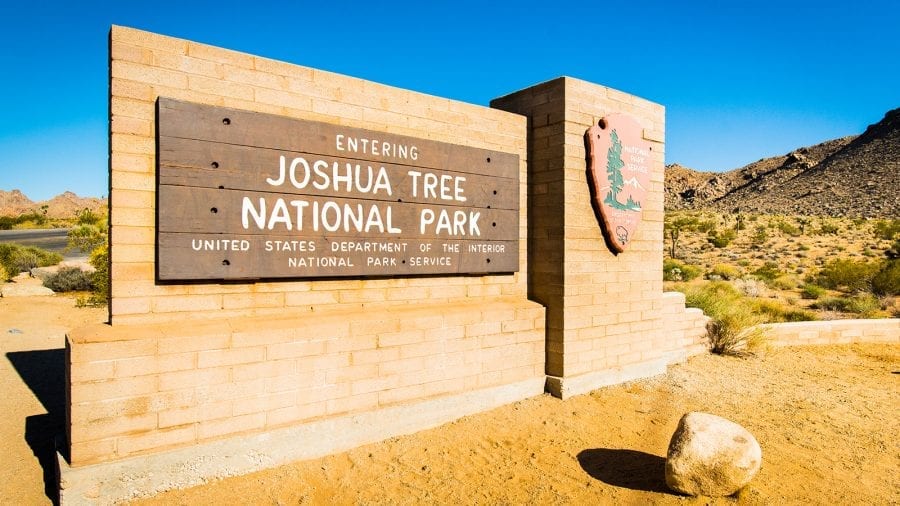 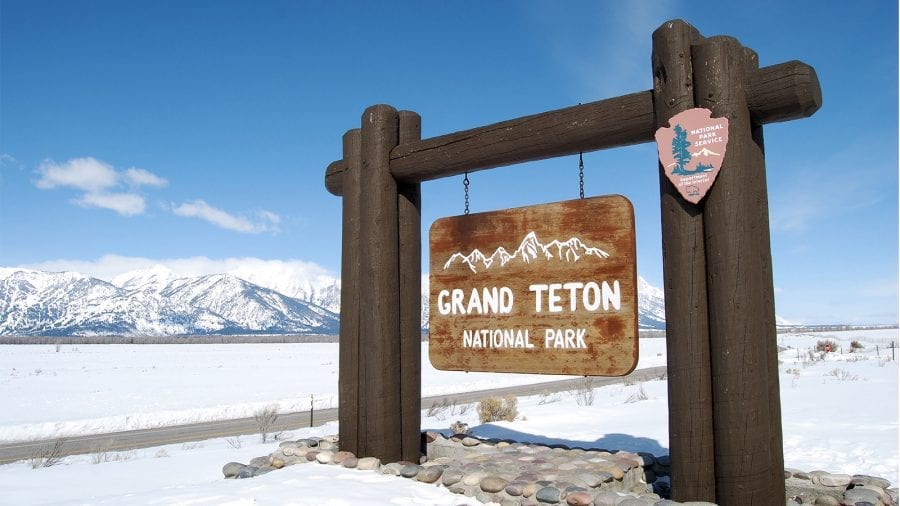